Antonio Brown says he's not quite ready for retirement 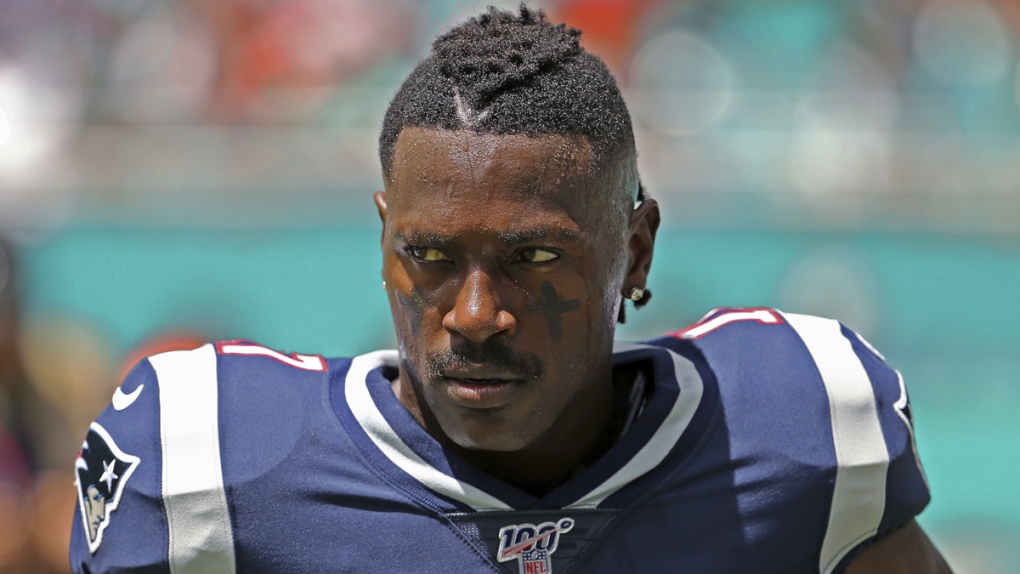 Antonio Brown's unraveling happened nearly as quickly as his rise in the NFL.

One of the most prolific receivers for a decade, the four-time All-Pro got dumped by three teams in 6 1/2 months. The New England Patriots released him last week after a second woman in 10 days accused him of sexual misconduct -- the first said in a lawsuit that he assaulted her on three occasions, including rape.

Brown used social media to build his fan base and brand as he became one of the league's most popular players. It also helped hasten his downfall in Pittsburgh, and he used Instagram posts to manipulate his rapid release in Oakland this preseason as he became disgruntled with his new team.

That cost him $29.125 million worth of guaranteed money on his contract. The Patriots signed him hours later, but he played one game with them and was cut after the team learned he tried to intimidate another woman who accused him of sexual harassment.

Brown couldn't keep a low profile, though. On his first unemployed NFL Sunday, he took shots at Patriots owner Robert Kraft, even though he wants to get some or all of his $9 million bonus from New England. He also directed criticism at longtime Steelers quarterback Ben Roethlisberger.

Former NFL quarterback Ryan Leaf's story of drugs and self-destruction is well-known. Leaf spiraled out of control and ended up in prison but has turned his life around and is helping other players as an NFL Legends Community co-ordinator. He described Brown's actions as "self-sabotage."

"It's lacking in any personal accountability and I know what that's like for sure because I always compared myself to other people in terms of what punishment did they get," Leaf told The Associated Press. "I was that guy for so long where I just couldn't take an honest look in the mirror and see my part in it. When you no longer rely on the idea of blaming others then you have to take a look at what your part is in all this and he's just not willing to do that as of yet."

Brown took a few days off from social media after declaring in a Twitter rant that he was done with the league. He returned to the platform Thursday and indicated he's not quite ready to hang up the cleats.

He followed up with: "The game need me I'm like test answers."

Brown also wrote that he won't be wearing Nike , which dropped him last week. He announced he wants to practice at high schools one day a week starting in Miami. Then he engaged in a back-and-forth with Los Angeles Rams safety Eric Weddle, who faced him often with the Baltimore Ravens.

His latest stream of consciousness was tame compared to the now-deleted posts from Sunday. Brown claimed then the NFL had been more lenient toward others facing allegations of sexual misconduct. Brown was accused of rape by a former trainer, who filed a civil lawsuit against him in Florida. The second woman, an artist he hired to paint a mural at his home, has accused Brown of exposing himself to her.

Dr. Joel Fish, the director at the Center for Sport Psychology in Philadelphia, has worked extensively with athletes of all ages and skills levels, from youth sports through the Olympic and professional ranks for more than 25 years. He has served as a sports psychology consultant for the Philadelphia 76ers, Flyers and Phillies.

"If I've learned anything working with pro athletes, behaviours are not always logical and just because you're big and strong physically doesn't mean you're big and strong emotionally," Fish said. "And when I hear patterns like his, that says to me underlying the behaviour there's some real issues that he's got to work out."

Brown went to seven Pro Bowls in nine seasons with the Steelers but was traded to Oakland in March after wearing out his welcome in Pittsburgh. He was released by the Raiders after quarreling with coach Jon Gruden and general manager Mike Mayock. The Patriots quickly signed him, just days before he was accused of rape in the civil lawsuit.

"In all kinds of behaviour change, they talk about people, places and things," Fish said. "Surround yourself with the right people, be careful because certain places are bad environments and things you have to watch what you put in your mouth and just sort of you know some of the things that you do. ... Based on some of those videos, I think people, places and things, there's something that seems pretty evident that he needs to take a look at."

Brown's future in the NFL is uncertain and he faces possible suspension for violating the league's personal conduct policy. Still, it's possible a team will take a chance on player with Brown's immense talent. But first he needs to make changes.

"Success does not make a man, it reveals who they really are," said Pastor Ted Winsley, the Eagles' team chaplain. "I believe that he is getting exposed to the fact that the foundation of who he has identified himself to be has been money, football and fame. None of these things have satisfied him or made him whole."