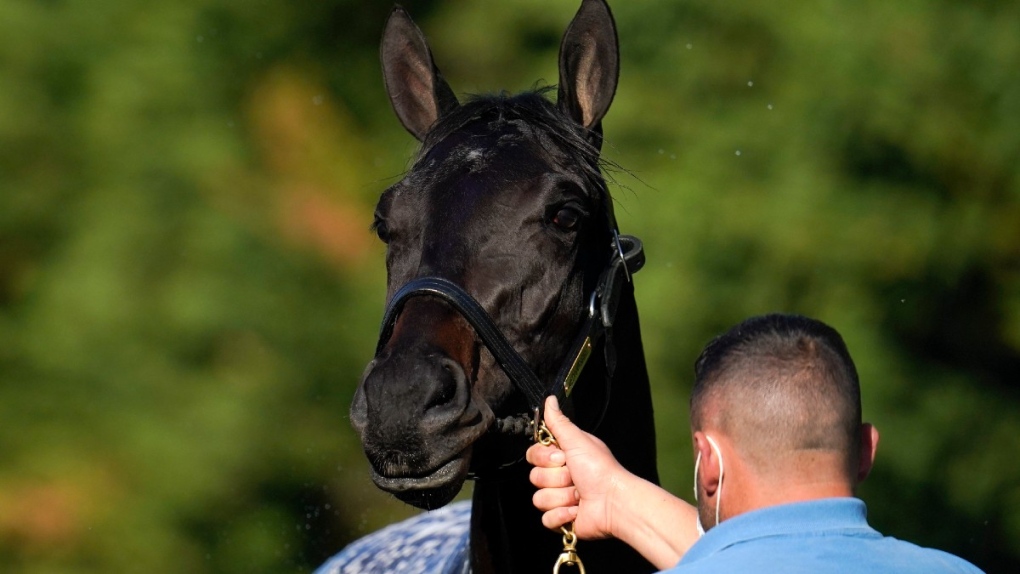 Kentucky Derby winner Medina Spirit is groomed after a morning exercise at Pimlico Race Course ahead of the Preakness Stakes horse race, on May 11, 2021. (Julio Cortez / AP)

In a statement issued by his lawyer, Baffert said Medina Spirit was treated for dermatitis with the ointment once a day leading up to the May 1 race and that equine pharmacology experts have told him this could explain the test results. Baffert said the horse tested positive for 21 picograms of the substance, which is typically given to horses therapeutically to help their joints and is a violation even at a trace amount on race day in Kentucky.

Regardless of the reason, Medina Spirit would be disqualified from the Derby if a second round of testing shows the presence of betamethasone.

"My investigation is continuing, and we do not know for sure if this ointment was the cause of the test results, or if the test results are even accurate, as they have yet to be confirmed by the split sample," Baffert said. "I have been told that a finding of a small amount, such as 21 picograms, could be consistent with application of this type of ointment."

Baffert said at a news conference Sunday at Churchill Downs that he did not know how the substance made its way into the colt's system.

Lawyer Craig Robertson said the plan is still for Medina Spirit to run in the Preakness on Saturday. The Preakness post position draw is scheduled for Tuesday afternoon.

Preakness officials said they were reviewing the facts before deciding on Medina Spirit's entrance. Robertson told The Associated Press he planned to file a restraining order to prevent the Preakness from barring Medina Spirit if that was the decision that was made.