A closer look at American football's niche following in Japan 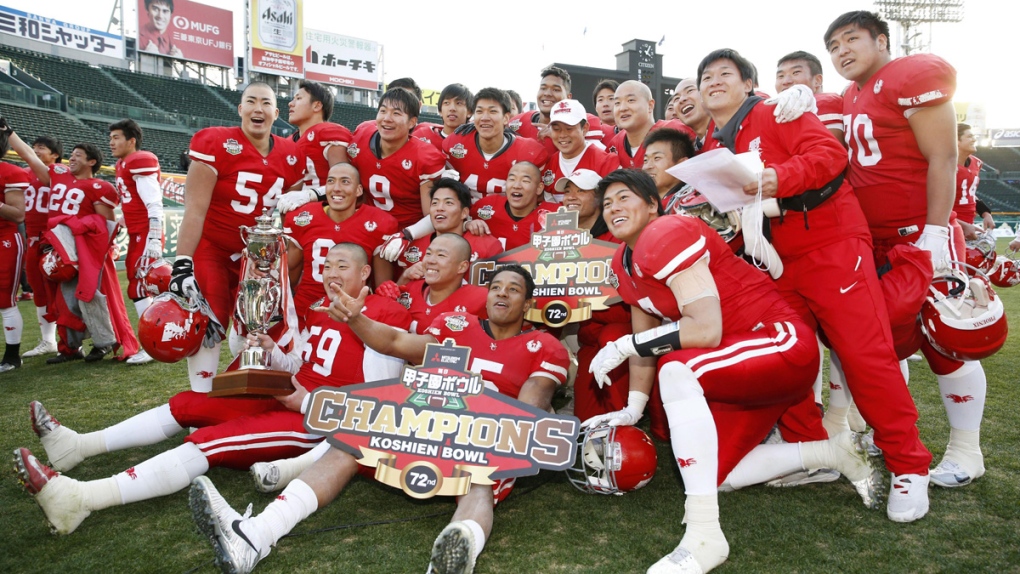 TOKYO -- Japan has been absorbed for several weeks by a late hit during a college football game. The tackle earlier this month in a game between Japanese teams -- Nihon University and Kwansei Gakuin University -- has been repeatedly shown on television and social media sites and talked about by many who know almost nothing about the American sport.

In a nationally televised news conference on Tuesday, linebacker Taisuke Miyagawa bowed deeply and apologized for the late hit on the opposing quarterback in the first play of the game. He said his coach had told him to "crush the quarterback," a command he took literally but acknowledged he should have ignored.

American football has a small following in Japan. The violent tackle with intent to injure -- against the rules wherever the game is played -- has shocked many Japanese and raised questions about the game's future. Baseball, soccer and sumo are the favourites in Japan. Here's some background on American football in Japan.

According to the Japan American Football Association, an American missionary named Paul Rusch introduced the game to Japan in 1934. The first game was in Tokyo and is reported to have drawn 15,000 fans to Jingu Stadium, which is the home of the Yakult Swallows baseball team. Rusch left Japan during World War II but returned in the 1950s to promote the game. He is referred to as the "Father of American Football in Japan."

American football is a niche sport and barely resonates on the sports calendar. It claims about 20,000 players, far below rugby with 120,000 and soccer with 900,000. Baseball remains by far Japan's most popular sport in a country of about 125 million. The Japan American Football Association says there are 421 teams in Japan, 210 of which are affiliated with colleges and universities. Another 115 are high school related teams. Club teams also formed in the 1950s, often sponsored by companies.

The "national championship" is decided each January in the Rice Bowl. The game at the Tokyo Dome pits the college champion against the champion from the X-League -- a corporate, semi-pro league. The corporate teams have won nine consecutive titles in a game that draws about 30,000. The Fujitsu Frontiers are the defending champions. The MVP trophy of the game is named for Rusch, the American missionary.

Americans and non-Japanese are recruited to play in the X-League. But no more than two foreign players, per team, are allowed on the field at a time.

The NFL has played several exhibition games in Japan, but never a regular-season game.