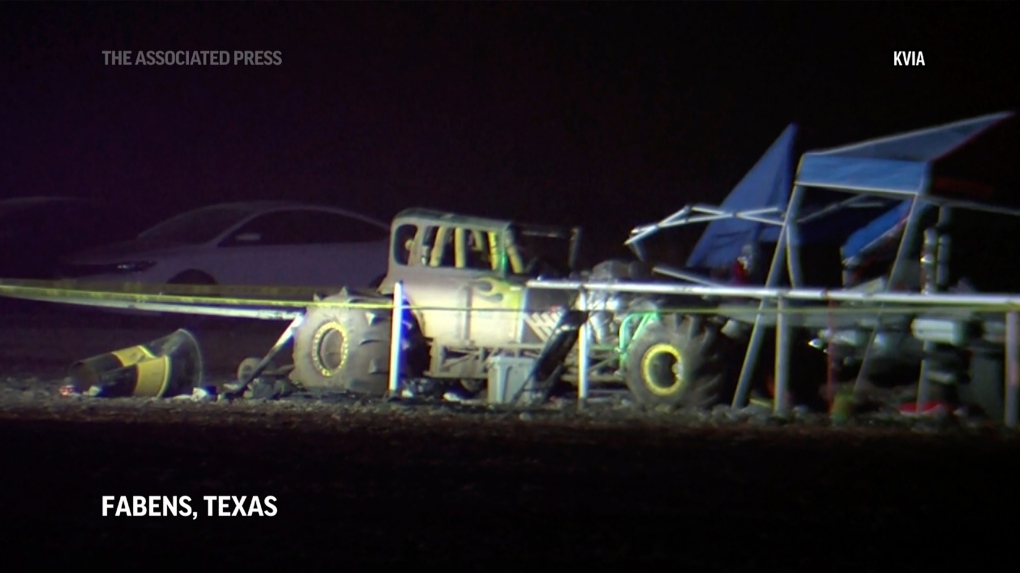 This image from a video, shows cars and tents after a vehicle plowed into a crowd at a mud racing event in Fabens, Texas, Monday, June 14, 2021. KVIA via AP)

FABENS, TEXAS -- Eight people were injured Sunday night after a vehicle plowed into a crowd at a mud racing event in Texas.

The El Paso County Sheriff's Department said in a statement that at 6:35 p.m., a vehicle left the mud track and crashed through a guard rail and into spectators.

Three spectators were transported to a hospital in critical condition and five others with non-life-threatening injuries.

According to the statement, three other vehicles were also struck as a result of the initial crash.

It was not immediately known what caused the vehicle to leave the track.