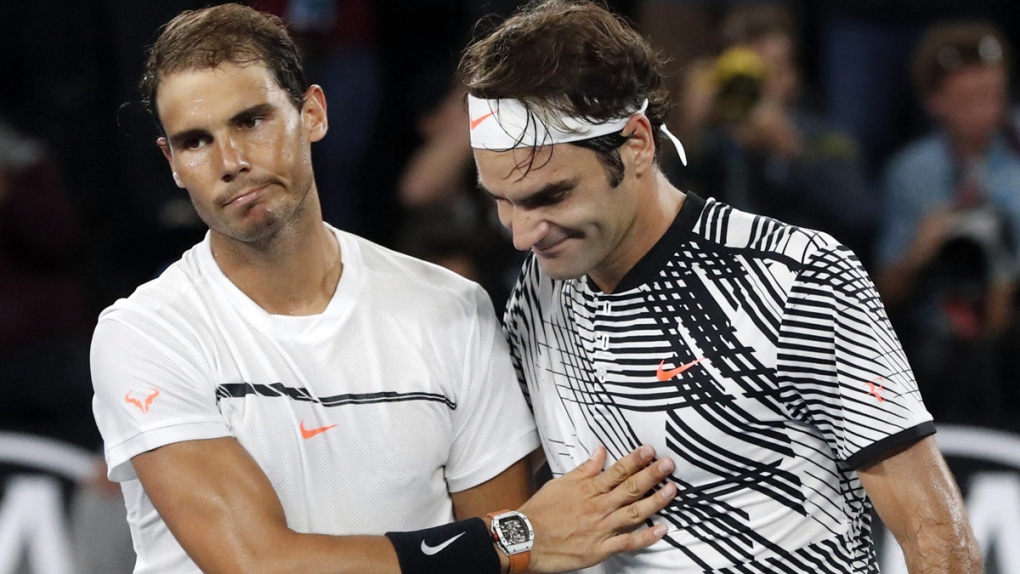 Roger Federer, right, is congratulated by Rafael Nadal after winning the men's singles final at the Australian Open, on Jan. 29, 2017. (Dita Alangkara / AP)

WIMBLEDON, England -- The latest installment in the Roger vs. Rafa rivalry at Wimbledon is coming to Centre Court.

Roger Federer and Rafael Nadal will face each other in the semifinals Friday, their first meeting at the All England Club since their classic 2008 final.

Nadal won that match 9-7 in the fifth set.

Federer is an eight-time Wimbledon champion, while Nadal has won two titles at the All England Club.