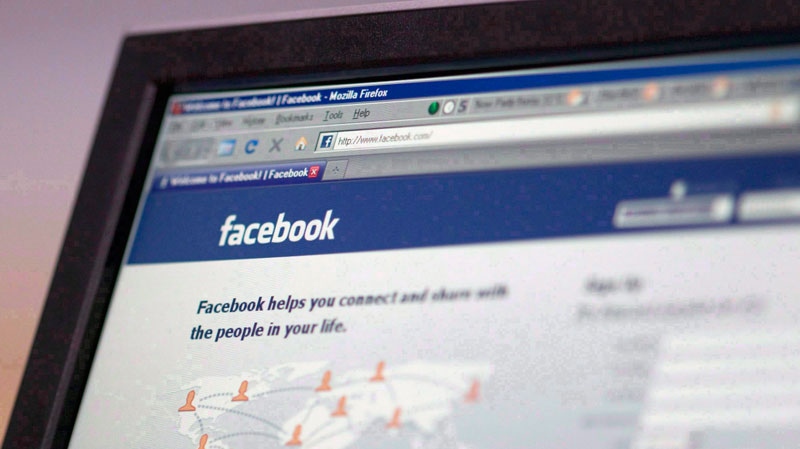 The social networking site Facebook login webpage is seen on a computer screen in Ottawa in this August 27, 2009 photo. (Adrian Wyld / THE CANADIAN PRESS)

While we've long believed that only six friends and friends-of-friends stand between us and actor Kevin Bacon -- or anyone else on the planet -- a new study shows we're actually even closer than we thought.

Italian scientists who recently sorted through Facebook's 69 billion pairs of linked users say the actual distance between any two people in the world isn't the long-held maxim of "six degrees of separation," but something more like five. Well, 4.74, to be exact.

The chain gets even shorter when looking at more confined geographic areas. In what they say is the largest study of its kind, the University of Milan researchers found users in a single country are only separated by three intermediaries.

Despite a few links that connect people across the globe, the majority of a user's friends live in their area and are close to their age.

"This is what makes social networks somewhat unique: they are both well-connected in the sense that you can reach anyone from anyone else in a relatively short number of hops, but at the same time, they are very locally clustered, with the vast majority of connections spanning a short distance," said the Facebook post.

"Hops" are jumps from user to user, a number not far from the original study that solidified the term "six degrees of separation."

"Think back to the last time you were in a crowded airport or bus terminal far from home. Did you consider that the person sitting next to you probably knew a friend of a friend of a friend of yours?" states an article posted on the social network's blog Monday evening called "Anatomy of Facebook."

"When considering even the most distant Facebook user in the Siberian tundra or the Peruvian rainforest, a friend of your friend probably knows a friend of their friend."

The researchers presented their findings in two papers, titled "The Anatomy of a Facebook Social Graph" and "Four Degrees of Separation."

They studied all connections between the site's 721 million active users, which represent about a tenth of the world's population of nearly 7 billion people.

"Six degrees of separation" was reportedly first coined in a fictional story published in the 1920s, but gained popularity again following the "small world experiment" by social psychologist Stanley Milgram in 1967.

Based at Harvard University at the time, Milgram selected about 300 people and asked them to get a message to a person on the opposite side of the United States. If they did not know the person directly, they were asked to send the message to someone they knew who was more likely to know that person.

The study revealed an average number of 5.2 intermediaries between any two subjects, and showed that most people have a good sense of which paths to take when trying to make such a connection -- even without a visual of the overarching network, as they can now see through Facebook.

"His subjects only had limited knowledge of the social network, while we have a nearly complete representation of the entire thing," noted the social network in Monday's post. "Our measurements essentially describe the shortest possible routes that his subjects could have found."