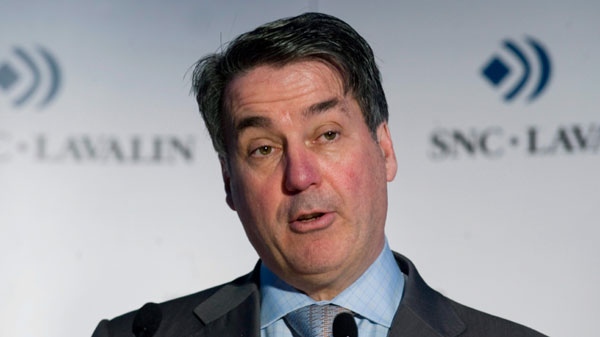 MONTREAL - The head of engineering giant SNC-Lavalin said Monday a report on alleged corruption in Quebec's construction industry raises "troubling" issues, but not enough to warrant a public inquiry.

"What is surprising is that the report touches so many areas with so few facts. It surprised me to see a report with so little substance but so many allusions," he said after speaking to the Canadian Club of Montreal.

Duhaime didn't want to question the author's credibility, but said most of the information came from anonymous sources.

He said the measures taken by the Quebec government were sufficient to counter corruption.

He insisted the system of collusion described in the report does not affect SNC-Lavalin (TSX:SNC) which has "zero tolerance" for ethical misdeeds.

Duhaime acknowledged, however, that SNC-Lavalin is currently investigating allegations of corruption concerning a project in Bangladesh. The RCMP recently conducted a search of SNC offices in Ontario in connection with this matter.

Premier Jean Charest has refused to call a public inquiry even though the report alleged ties among the province's construction industry, its political parties and organized crime.

The report prepared by a Charest-appointed anti-collusion task force was leaked to media outlets last week.

It says a corrupt and weak civil service has allowed construction companies to drive up the price of public-works contracts in Quebec.

It suggests that last year alone there was a $347-million difference between original contract amounts and the final price tags.

At the end of the process, the report says, some of the companies' profits are plowed into the coffers of political parties.

Perhaps the most explosive allegations revolve around ties between construction companies, the Mafia and criminal biker gangs.

It says the criminals act as enforcers for friendly construction companies, preventing rival firms from getting work done with threats or by pulling strings to create red tape.

Thirteen cases have been transferred to police for criminal investigations.