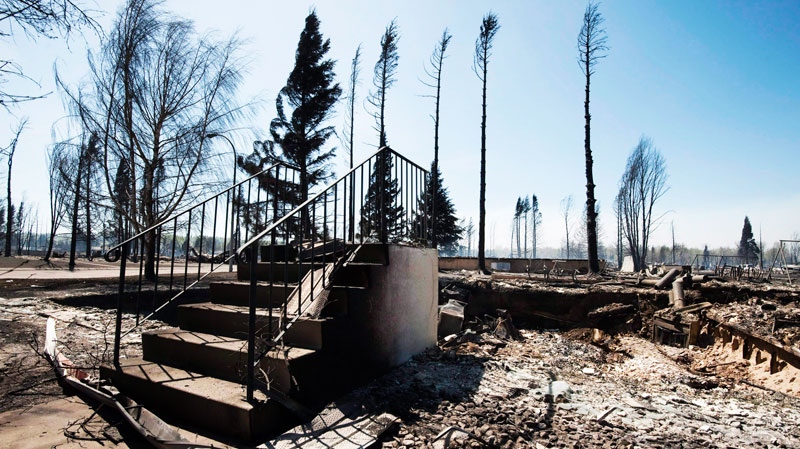 EDMONTON - The Insurance Bureau of Canada says the damage caused by wildfires that ravaged much of Slave Lake, Alberta, is the second costliest insured disaster in Canadian history.

The bureau says the damage in the Alberta town is more than $700 million.

IBC says the most expensive insured disaster was the ice storm that hit Quebec and Ontario in 1998, which cost more than $1.8 billion, adjusted for inflation.

The $700 million is a preliminary estimate reported by Property Claim Services Canada, a service that tracks insured losses arising from catastrophic events in Canada.

Doug Noble, vice-president of Alberta and the North for IBC, says the scale of the destruction to homes and property in Slave Lake is incredible.

The wind-whipped forest fire forced 7,000 people to flee and reduced about 400 homes and businesses to ash and debris in May.

"Insurance companies were at the evacuation centres within 36 hours of the fire to help affected residents, and the industry will continue to help the community to recover in the months ahead."

Many insurance companies brought in extra staff, some from out of province, to start issuing cheques to residents to cover their daily needs and to begin processing claims immediately.

IBC says the entire rebuilding process may still take more time than usual because of the extent of the claims and the availability of skilled trades and labour for demolition and construction.