Septuagenarian Pacino's girlfriend thinks of having his baby 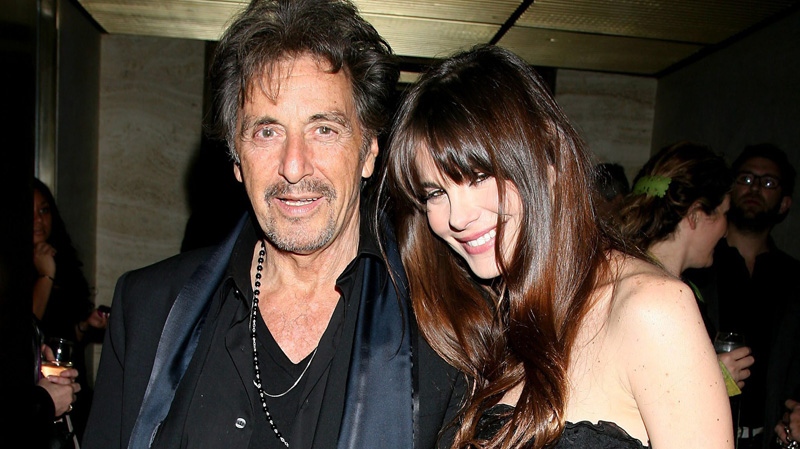 In this photo provided by StarPix, actor Al Pacino and his girlfriend Lucila Polak Sola attend the after party for the New York premiere of HBO's film "You Don't Know Jack: The Life and Deaths of Jack Kevorkian" Wednesday, April 14, 2010. (AP Photo/Dave Allocca, StarPix)

Al Pacino's girlfriend thinks about having a baby with him.

Argentinian Lucila Polak has a daughter, 14-year-old Camila, from her first marriage, but admits she gets broody and would consider having more children with the 71-year-old actor.

When asked if she fantasises of having a baby, the 32-year-old model replied: "Sometimes I do, yes. I have moments when I think, 'Wouldn't it be great to have another kid?' Because I'm at a stage where I'm sure I would enjoy motherhood lots. Argentine women are very maternal, which is probably why men fall in love with us.

"But on the other hand, I think, 'Starting again, not sleeping much, nappies, losing the freedom I have...' "

Lucila is not sure if it is practical for her and Al -- who has three children, Julie Marie, 22, and 12-year-old twins Anton James and Olivia Rose from previous relationships -- to marry, but is happy with the relationship they have.

She told Britain's HELLO! magazine: "I don't know [if we'd marry]. At the moment we've got a great relationship which works perfectly. We're very happy, we share lots, but he has three kids, and I've got Camila. We support each other a lot, we're very involved with each other's lives, but we're fine as we are.

Lucila also said the age gap between them doesn't cause any problems, as Al is so young at heart.

She added: "He has a much younger emotional age and his daily routine is more similar to that of a man of 40 than an 80 year old. Also he's incredibly sexy, no one can deny me that, can they?"