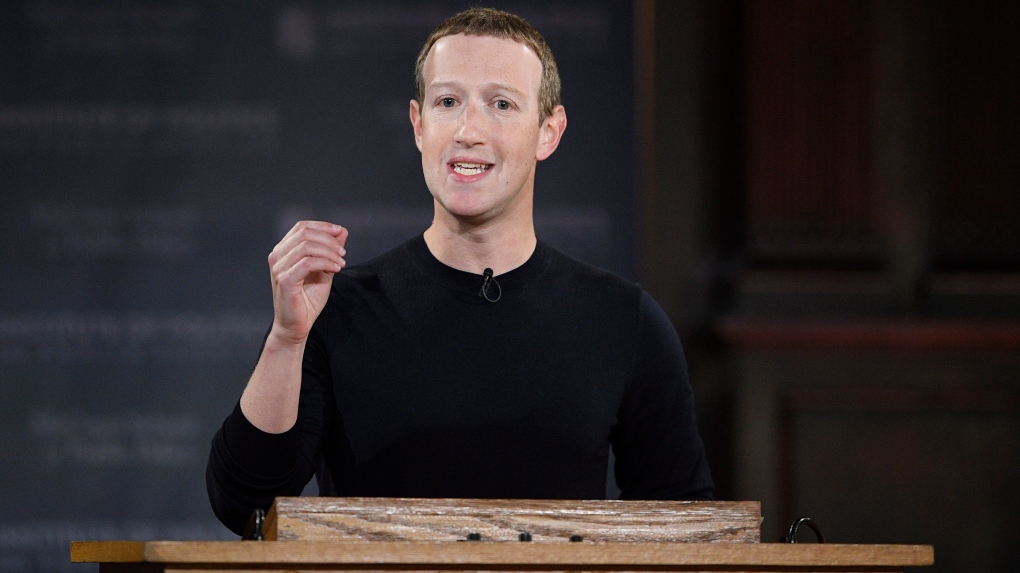 OAKLAND, CALIF. -- Facebook CEO Mark Zuckerberg isn't budging over his refusal to take action on inflammatory posts by U.S. President Donald Trump that spread misinformation about voting by mail and, many said, encouraged violence against protesters.

His critics, however, are multiplying. Some employees have publicly quit over the issue and civil-rights leaders who met with him Monday night denounced Zuckerberg's explanation for choosing to leave Trump's posts alone as "incomprehensible."

A day after dozens of Facebook employees staged a virtual walkout over the issue, the Facebook chief met Tuesday with employees for a Q&A session held via online video. During that session, which had been moved forward from later in the week, Zuckerberg reportedly doubled down on his stance to leave Trump's posts alone -- although he did suggest that the company was considering changes to its existing policies around "state use of force," which Trump's Minneapolis post fell under.

Facebook rival Twitter flagged and demoted a Trump tweet in which he referenced protests over police violence in Minneapolis using the phrase "when the looting starts the shooting starts." But Facebook let an identical message stand on its service. Zuckerberg explained his reasoning in a Facebook post Friday, a position he has since reiterated several times.

"I know many people are upset that we've left the President's posts up, but our position is that we should enable as much expression as possible unless it will cause imminent risk of specific harms or dangers spelled out in clear policies," Zuckerberg wrote.

The resignations, which multiple engineers tweeted and posted on LinkedIn and Facebook, also began Tuesday.

"I am proud to announce that as of the end of today, I am no longer a Facebook employee," tweeted Owen Anderson, who was an engineering manager at the company for two years. "To be clear, this was in the works for a while. But after last week, I am happy to no longer support policies and values I vehemently disagree with."

Anderson did not immediately respond to a message for comment on Tuesday. But he wasn't alone.

"Today, I submitted my resignation to Facebook," Timothy J. Aveni, a software engineer who'd been at the company for a year, wrote on LinkedIn and on his Facebook page. "I cannot stand by Facebook's continued refusal to act on the president's bigoted messages aimed at radicalizing the American public. I'm scared for my country, and I'm watching my company do nothing to challenge the increasingly dangerous status quo."

Aveni did not immediately respond to a message for further comment.

"We recognize the pain many of our people are feeling right now, especially our Black community. We encourage employees to speak openly when they disagree with leadership," Facebook said in a statement. "As we face additional difficult decisions around content ahead, we'll continue seeking their honest feedback."

Barry Schnitt, who served as Facebook's director of communications and public policy from 2008 until 2012, wrote a blistering Medium post Monday. "Facebook says, and may even believe, that it is on the side of free speech," he wrote. "In fact, it has put itself on the side of profit and cowardice."

"I do not think it is a coincidence that Facebook's choices appease those in power who have made misinformation, blatant racism and inciting violence part of their platform," he added, urging Facebook leaders to take responsibility and "show the world that you are not putting profit over values."

"We are disappointed and stunned by Mark's incomprehensible explanations for allowing the Trump posts to remain up," three civil-rights leaders wrote in a joint statement. "He did not demonstrate understanding of historic or modern-day voter suppression and he refuses to acknowledge how Facebook is facilitating Trump's call for violence against protesters."

Signing that statement were Vanita Gupta, president and CEO of The Leadership Conference on Civil and Human Rights; Sherrilyn Ifill, president and director-counsel of the NAACP Legal Defence and Educational Fund and Rashad Robinson, president of Color of Change.

"Mark is setting a very dangerous precedent for other voices who would say similar harmful things on Facebook," the three leaders added.