Zuckerberg, Chan to invest up to US$3.4 billion for science advances 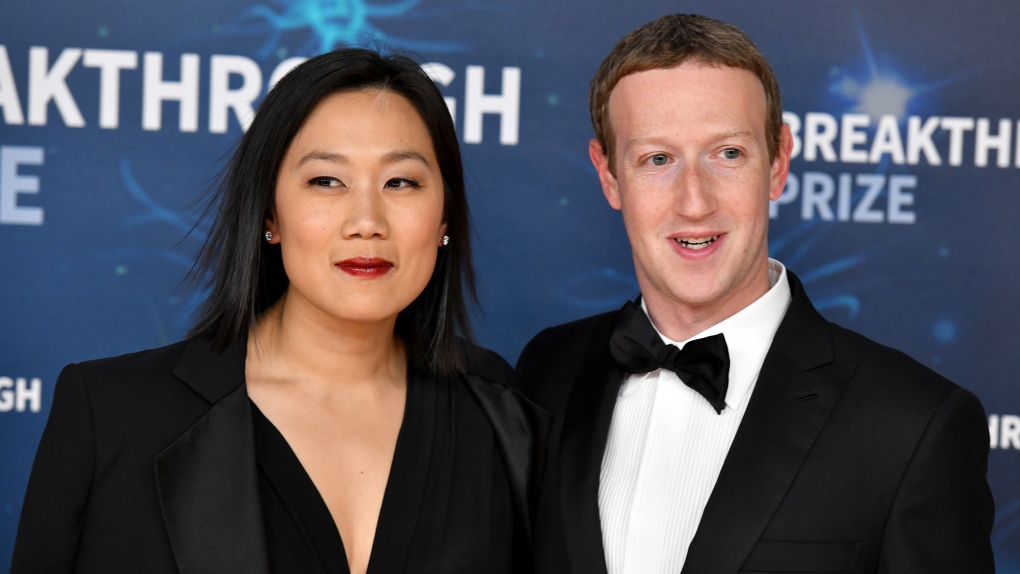 The company that runs the philanthropy of Facebook CEO Mark Zuckerberg and his wife, Priscilla Chan, is investing up to US$3.4 billion to advance human health over 10 to 15 years, according to a spokesperson for the organization.

The Chan Zuckerberg Initiative, or CZI, announced Tuesday its new effort is aiming to "observe, measure, and analyze any biological process throughout the human body -- across spatial scales and in real time."

The philanthropy, which has a mission of curing, preventing or managing all disease by the end of the century, said in its announcement that it will focus its science work over the next 10 years on developing new research, institutes and technologies that can help its mission.

Jeff MacGregor, a CZI spokesperson, said $500 million will be given to establish an institute at Harvard University that focuses on artificial intelligence. The institute, which will get the funding over the next 15 years, will be named after Karen Kempner Zuckerberg, Zuckerberg's mother.

MacGregor said $600 to 900 million will go towards a new biomedical imaging institute at CZI. Another $1 billion will be given to the Chan Zuckerberg Biohub Network, a new initiative that seeks to bring together scientific institutions to pursue "grand scientific challenges."

A separate $800 million to $1 billion will be given over 10 years to the Chan Zuckerberg Biohub, which aims to develop technologies that treat disease.

The announcement of the rebranding came amid heightened legislative and regulatory scrutiny of Facebook in many parts of the world because of the Facebook Papers, the internal documents that fueled criticism about the harm the company's products are causing to society. Zuckerberg has largely dismissed the furor as being unfair.

The Associated Press receives support from the Lilly Endowment for coverage of philanthropy and nonprofits. The AP is solely responsible for all content.