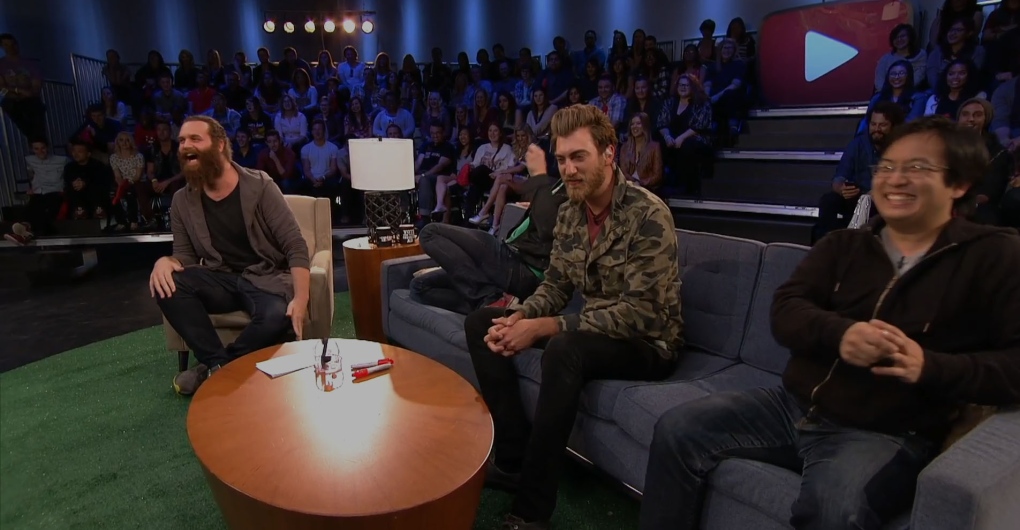 YouTube stars were out in full force Sunday night as the popular video-sharing site livestreamed its inaugural halftime show.

Throughout the show, Morenstein encouraged viewers to vote for their favourite Super Bowl commercials on YouTube’s AdBlitz channel.

While more eyes were on the Super Bowl halftime show, which featured pop stars Katy Perry and Lenny Kravitz, Morenstein and his video-star brethren likely attracted their own legion of fans: Each have millions of subscribers to their respective YouTube channels.

The reaction over social media was mostly positive:

The halftime show on YouTube was a little cringeworthy, yet very entertaining. Was fun to watch. @rhettmc @HarleyPlays @TobyTurner #AdBlitz