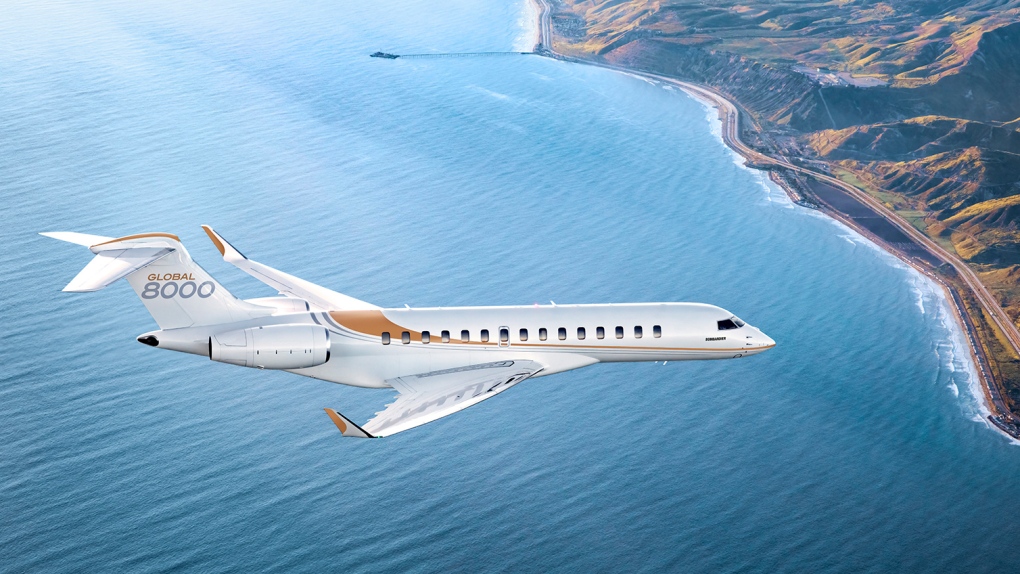 The Canadian company said the in-development Global 8000 will be "the world's fastest and longest-range purpose-built business jet." (Bombardier Aviation)

The race to resume supersonic passenger flights nearly two decades after the retirement of Concorde was offered a glimmer of excitement on Monday when plane manufacturer Bombardier revealed high speed achievements while confirming the launch of its new business jet.

The Canadian company said the in-development Global 8000 will be "the world's fastest and longest-range purpose-built business jet."

With a capacity for up to 19 passengers, a range of 8,000 nautical miles (14,800 kilometres) and a top speed of Mach 0.94, the upcoming plane is expected to enter service in 2025, according to a statement from Bombardier.

The news comes after a Global 7500 test vehicle broke the sound barrier during a demonstration flight last May, achieving speeds of more than Mach 1.015.

The aircraft, accompanied by a NASA F/A-18 chase plane, also became the first Transport Category airplane to fly supersonic with sustainable aviation fuel (SAF) as a result of the flight, says Bombardier.

"The Global 8000 aircraft leverages the outstanding attributes of the Global 7500 aircraft, providing our customers with a flagship aircraft of a new era," Éric Martel, president and CEO for Bombardier, said in a statement released on Monday.

Flight testing for the Global 8000 has already begun on Global 7500 flight-test vehicles. Bombardier says the upcoming aircraft will also have a cabin altitude equivalent to 2,900 feet.

Global 8000 is just one of many developments in the numerous efforts to raise the speed of passenger aircraft more than two decades after Concorde retired.

Last year, United Airlines announced it could be offering supersonic routes as early as 2029 after striking a deal to buy 15 supersonic jets.

Meanwhile, Colorado-based Boom Supersonic has been completing ground testing on X-B1, the prototype aircraft for its Overture jet, designed to seat between 65 and 88 people, which aims to fly on over 500 mainly transoceanic routes that will benefit from the aircraft's Mach-2.2 speeds.

A previous version of this story incorrectly characterized the time frame of Concorde's retirement. Concorde aircraft were retired in 2003.

How to avoid luggage headaches amid air travel chaos

Travellers might not have any control over long lines and cancelled flights, but there are ways to minimize luggage disasters. From tracking devices for your luggage to packing light, here are some tips and tricks for your next trip through the airport.