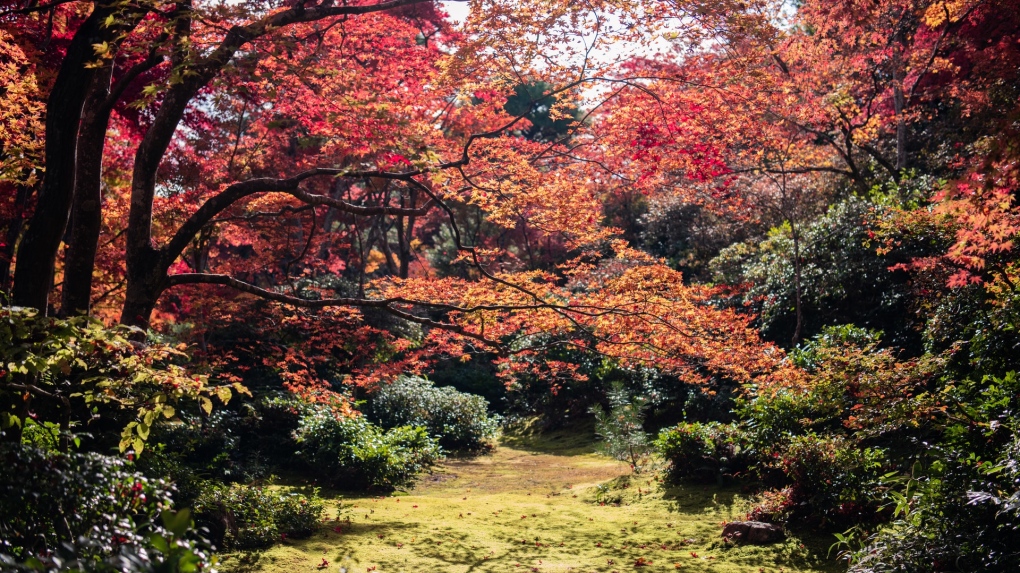 TORONTO -- A new report out of British Columbia is warning that more than one in five species of Acer trees, commonly known as maple trees, are at a high risk of extinction and experts are calling for greater conservation measures.

The report, called the "Red List of Acer," has revealed that 36 out of the 158 wild species of maple trees face extinction in the near future as more than a third of the global population struggles with habitat loss.

The findings were published Tuesday by the Botanic Gardens Conservation International (BGCI) as part of an effort to map the conservation status of all tree species by the end of 2020.

The report revealed that many maple species are facing a loss of habitat due to urban development, increased agriculture and climate change. The report says timber harvesting is also a major threat and affects a quarter of threatened maple species.

Douglas Justice, associate director at the University of British Columbia Botanical Garden, said in a statement that he has personally seen an "alarming loss" of maple habitat in forests over the past few years.

"This is happening nearly everywhere that rarer maples exist. And because of climate change, the narrow habitats that support species at the margins of arid places and at the tops of mountains, are quickly disappearing," Justice said.

Known for the vivid colour of their autumn leaves, maple trees are popular in parks and gardens, and are "key components of diverse woodland ecosystems," according to the report.

While Acer trees are largely native to the subtropical and tropical regions of the Northern Hemisphere, the species can be found as far south as Indonesia.

Of the species studied, researchers reported that there are seven maple species that are critically endangered while 14 are endangered and 15 are vulnerable to extinction. Approximately 71 per cent of Acer species are not at risk, but Justice said that could change.

"Time is running out for the world’s biodiversity. Every recent survey of plants and animals in the wild points to this. And as robust as Acer species are, they are certainly not immune," Justice said.

Two of the closest relatives of the North American sugar maple, which produce maple syrup, are in "desperate need of conservation," according to the report. This includes a recently discovered species of maple from Mexico, which the report says is struggling to survive amid growing wildfires, grazing and increased logging.

China currently holds the largest proportion of maples with 92 species, many of which are endangered, the report showed.

Researchers say urgent action needs to be taken to protect rare maple trees from extinction including conserving at-risk species in natural habitats. Experts say Acer collections in botanic gardens and seed banks also need to be expanded. According to the report, there are currently 14 maple species absent from seed banks, four of which are critically endangered.

"We still have an opportunity to save species from extinction, but it will take expertise and resources, and the coordinated, collaborative efforts by the world’s botanical gardens to make it work," Justice said.