Why was a 17th century Swedish bishop buried with a fetus? 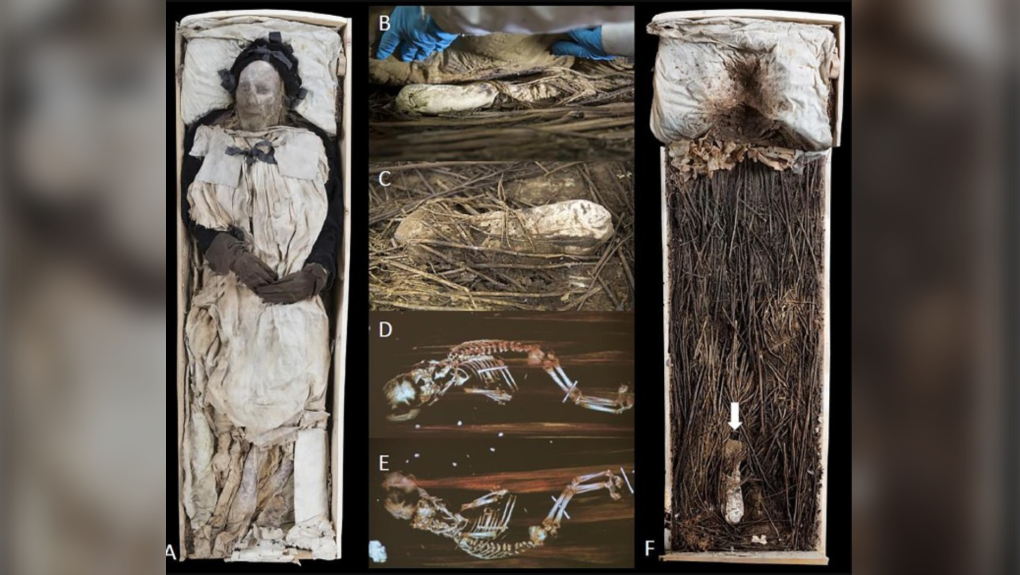 TORONTO -- A new study of the mummified remains of a Swedish bishop buried alongside a fetus suggests they were related.

Peder Winstrup, the famous 17th century bishop of Lund who helped establish Sweden’s Lund University, died in 1679 and was laid to rest in Lund Cathedral alongside his wife.

In the late 19th century, restoration of the Cathedral meant moving Winstrup’s coffin from the family grave to the crypt. In 2012, the decision was made to move his remains again, giving scientists the opportunity to examine the mummified remains.

The bishop’s body is one of the best-preserved specimens of human remains from the 17th century in Europe, according to the Smithsonian, and his body was not embalmed, but placed on a mattress and pillow containing herbs and hops – which have preservative uses.

Inside his coffin was a bundle which, when archeologists X-rayed it in 2015, was discovered to contain the remains of a stillborn fetus, estimated to be at five to six months gestation.

Now, DNA analysis of both Winstrup and the fetal remains published in the Journal of Archaeological Science: Reports, suggests that the two were grandfather and grandchild.

It was not uncommon during the medieval period for a child to be buried in the same coffin as an adult, even an individual unrelated to the deceased child, the study says.

“Placing a coffin in a vault is one thing, but placing the foetus in the bishop's coffin is quite another. It made us wonder if there was any relationship between the child and the bishop”, said professor of historical osteology at Lund University Torbjörn Ahlström, in a release.

Using both hard and soft tissue samples of the bishop’s right femur and the left femur of the fetus, researchers extracted DNA in a special “clean room” to ensure no degradation to the materials.

Researchers found that the fetus was male and shared about 25 per cent of the bishop’s genes. Through Y chromosome analysis it was established that the connection was on the paternal side of the family, and by examining the Winstrup family genealogy, researchers ruled out all possibilities except grandfather-grandchild.

The study also allowed for closer analysis of the bishop’s remains, and by using a CT scan, researchers were able to determine he suffered from tuberculosis and a host of other health issues common to the time period.