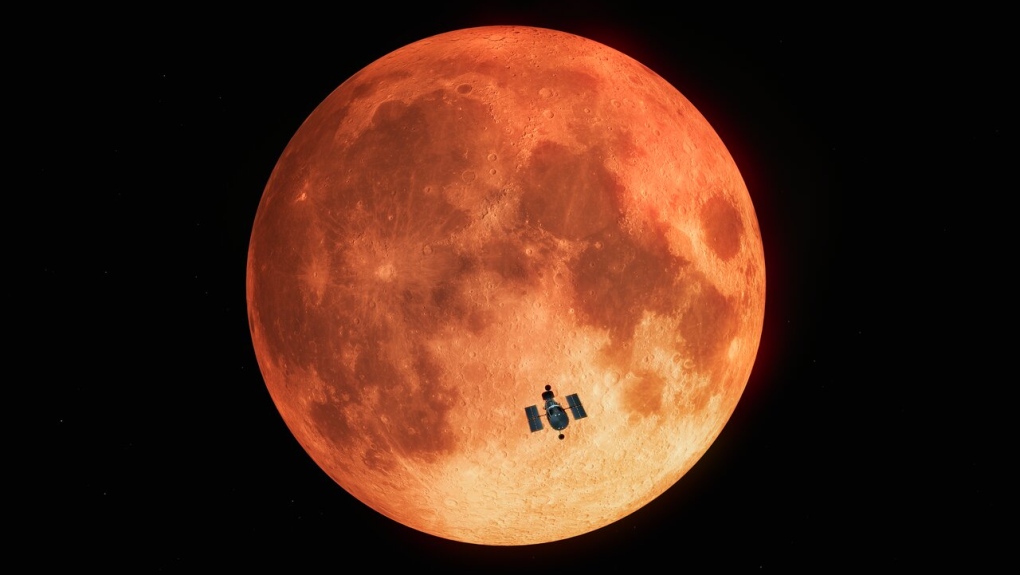 TORONTO -- The first lunar eclipse ever observed by the Hubble Space Telescope offers a close-to-home example of how astronomers will look for signs of life on Earth-like planets in far-away solar systems.

Scientists with the European Space Agency (ESA) announced Thursday that the spacefaring telescope was able to capture the ultraviolet spectral signature of Earth's ozone layer during the January 2019 lunar eclipse by using the moon as a mirror to reflect the sunlight.

"This is the first time a total lunar eclipse was captured from a space telescope and the first time such an eclipse has been studied in ultraviolet wavelengths," the ESA team said in a statement.

The Hubble is not normally pointed toward the moon; instead it is aimed at objects a much greater distance from Earth. It's no coincidence that the eclipse was captured by the telescope, however, even though none had been before. It was part of an experiment set up to test what the telescope would capture during a lunar eclipse, which mimics conditions that can be used in the photographing of distant planets.

The key to the experiment was ozone, the gas that protects all forms of life from harsh exposure to the sun's UV rays and is therefore seen as a necessary ingredient for life to exist anywhere else. Earth's ozone layer has been detected during lunar eclipses in the past, but always from our side – meaning it was accompanied by distortion from other parts of the atmosphere.

The Hubble was able to eliminate this distortion by scanning for UV light bouncing off the moon during the eclipse. According to the ESA, this resulted in the strongest detection ever of Earth's ozone layer.

Telescopes larger than the Hubble are currently in development. Once complete, they will be used to research planets outside our solar system – including by scanning for ozone, now that the Hubble's experiment can be deemed a success, the ESA said.

Instead of eclipses, though, the scientists will time their experiments to transits – the periods during which the geometry of starlight filtering through a planet's atmosphere results in a halo-like glow around the planet.

The first of these new telescopes is the James Webb Space Telescope, which was developed in part by the Canadian Space Agency. It is expected to launch in 2021.