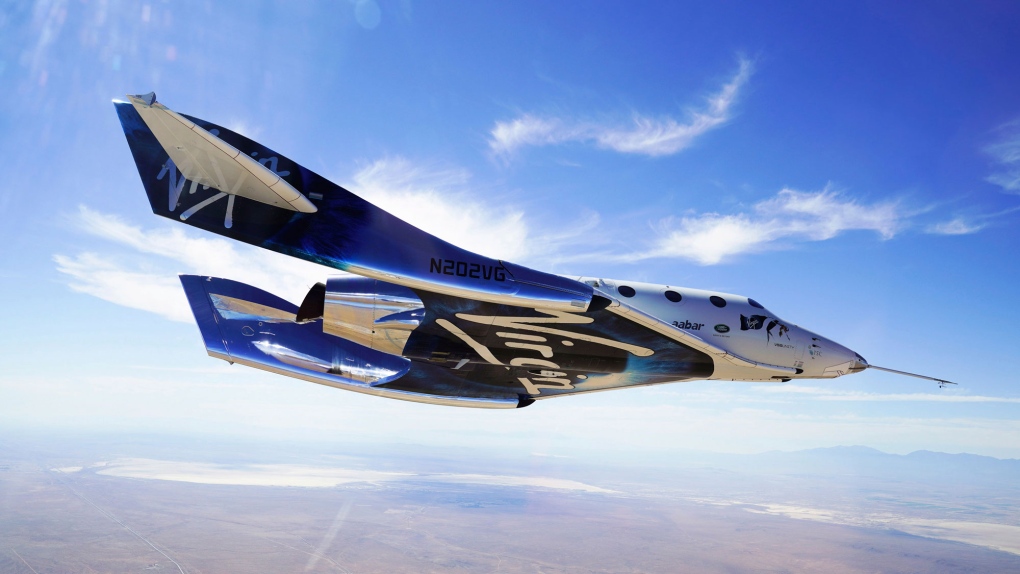 LOS ANGELES -- Virgin Galactic's rocket plane reached space for a second time in a test flight over California on Friday, climbing higher and faster than before while also carrying a crewmember to evaluate the long-awaited passenger experience.

The winged spaceship soared at three times the speed of sound to an altitude of 55.8 miles (89.8 kilometres) before gliding to a safe landing at Mojave Air and Space Port in the desert north of Los Angeles, Virgin Galactic said.

Moses, described as an expert micro-gravity researcher who is in charge of evaluating the passenger cabin, floated free to test elements of the interior.

Virgin Galactic is working toward commercial operations that will take passengers on supersonic thrill rides to the lower reaches of space to experience a few minutes of weightlessness and a view of the Earth below.

The company intends to operate a fleet of spaceships out of Spaceport America in the high desert of southern New Mexico.

The flight was delayed two days due to winds, and company founder Richard Branson tweeted that he had to miss it so he could attend a concert in Colombia to raise money for humanitarian aid to crisis-stricken Venezuela.

"Sad to miss spaceflight but looking forward to the concert," he wrote.

The spaceship, named VSS Unity, is carried aloft by a special carrier aircraft and released at high altitude where it ignites its rocket. It first reached space on Dec. 13 in a flight to an altitude of 51.4 miles (82.7 kilometres) at slightly less than Mach 3.

Earlier this month, the rocket motor from that flight was donated to the Smithsonian's National Air and Space Museum in Washington, D.C., and pilots Mark "Forger" Stucky and Rick "CJ" Sturckow were awarded commercial astronaut wings by the U.S. Department of Transportation.

The only previous commercial astronaut wings went to pilots Mike Melvill and Brian Binnie, for their 2004 flights in SpaceShipOne, the predecessor to Virgin Galactic's rocket plane, which is a design called SpaceShipTwo.

A major goal of Friday's flight was evaluating its handling during descent with its twin tails rotated upward relative to the fuselage.

The "feathered" configuration is used to slow and stabilize the craft as it falls back into the thickening atmosphere. The name came from designer Burt Rutan comparing the mechanism to the feathers of a badminton shuttlecock. The tails rotate back to normal position for the glide to Earth.

Altitude and speed were not specific targets for the flight, Virgin Galactic CEO George Whitesides said in an interview earlier this week.

"If we have sort of a nominal-duration burn we will get up pretty high, but that is not one of the formal test goals for this one," he said.

Whitesides indicated that cabin esthetics, including coloration and the play of sunlight across surfaces, are considered important and that the focus on it also shows the program is advancing.

"That's not to say that we are fully done with vehicle testing, but we really are starting to move into the interiors testing phase, and that's a really important milestone for the company," he said.

Whitesides said he could not say how many more test flights remain.

"We're getting there, I mean we're making good progress, and I don't think it's a huge remaining number now. There's light at the end of the tunnel now," he said.

Branson has said he would like to make his first flight to space this summer on the 50th anniversary of the Apollo 11 moon landing.

"I think he'd love to fly as soon as possible, and we'd love to figure out ways to enable that to happen," he said.

But Whitesides could not commit to a date.

Like the December flight, VSS Unity again carried a payload of various experiments organized under a NASA program.