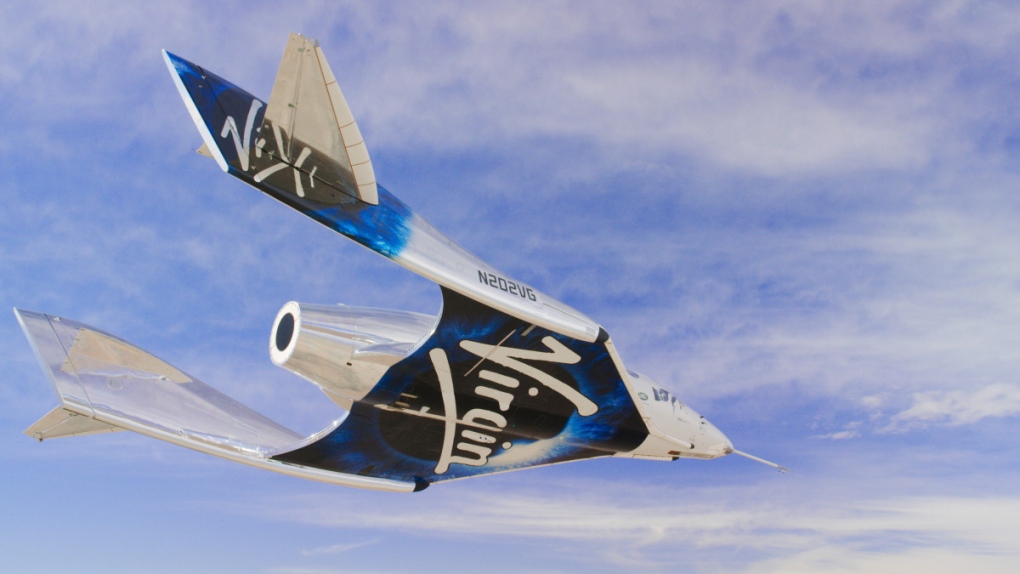 UPHAM, N.M. -- Virgin Galactic is preparing to unveil the cabin interior of its spaceship as final testing of the craft nears completion at Spaceport America in southern New Mexico.

The space tourism company on Tuesday announced that the cabin's interior will be revealed during a virtual event planned for July 28 that will be streamed on YouTube.

Company officials consider the cabin of SpaceShipTwo the centrepiece of a customer's journey, saying it was designed to provide a level of intimacy as customers are launched into the lower fringes of space where they can experience weightlessness and get a view of the Earth below.

Virgin Galactic CEO George Whitesides said in a statement that one of the defining hallmarks of the Virgin brand has been pioneering design that revolves around creating a special experience for the customer. He said Virgin Galactic has been faithful to that tradition, from the futuristic design of the hangar at Spaceport America to the elegance of the cabin's interior.

The streamed unveiling will feature a virtual walkthrough of the cabin. And due to current restrictions on travel and large gatherings stemming from the coronavirus pandemic, the company will be releasing digital platforms to share the experience with aspiring space tourists.

More than 600 customers from around the world have purchased tickets for a flight aboard Virgin Galactic's spacecship. The suborbital flights are designed to reach an altitude of at least 50 miles (80.5 kilometres) before gliding to a landing.

Officials have yet to offer a date for the start of commercial flights, saying final testing is ongoing. The next round tests will involve rocket-powered flights.