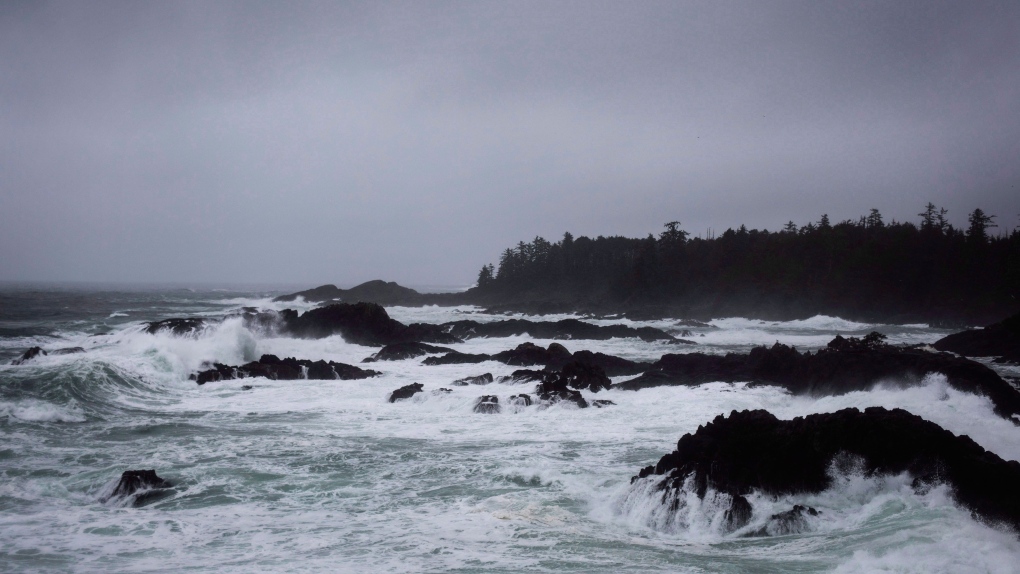 Waves crash against rugged rocks along the Wild Pacific Trail in Ucluelet , on Friday, Jan. 19, 2018. THE CANADIAN PRESS/Melissa Renwick

VICTORIA -- Hundreds of tiny tremors, felt only by sensitive monitors, have shivered under southern Vancouver Island in the last 48 hours, leading one scientist to predict they may signal what he calls a "tectonic dance."

John Cassidy, an earthquake seismologist with Natural Resources Canada, says the shaking has most of the hallmarks of a so-called episodic tremor and slip, a process that occurs along the fault lines at the edges of tectonic plates.

The plate below Vancouver Island is edging eastward under the North American plate creating forces that could cause a major earthquake, but Cassidy says these little tremors are not a sign that a large quake is on the way.

Instead, he says this event, discovered about 15 years ago, happens almost annually and ends with a slip that isn't felt by humans, but moves the entire Island westward by as much as five millimetres.

Cassidy describes the slip as an earthquake so slow that it can't be felt, and while it hasn't happened yet, he says the movement will reveal which parts of the plate are locked and building up energy that could be released during a larger quake.

He says those details have been key to the development of accurate earthquake hazard models, and studies of past events led to changes of Canada's national building code in 2015.