Using a phone while shopping may lead to buying more: study 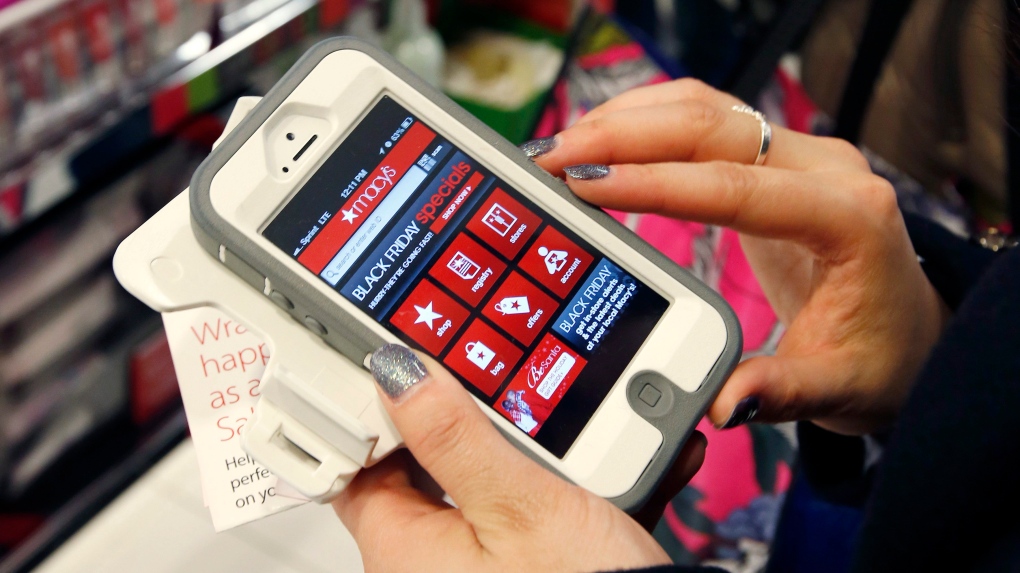 Using a cellphone while browsing in-store may be linked to an increase in unplanned purchases, a new study has found.

Shoppers who used mobile phones in stores, for purposes unrelated to shopping including phone calls, texting, social media, checking emails and listening to music, were more likely to make impromptu purchases and forget items they had planned to buy, according to a study published in the Journal of the Academy of Marketing Science.

Dr. Michael Sciandra, corresponding author of the study and marketing professor at Fairfield University, says the impact of mobile phone use on in-store shopping behaviour usually goes unnoticed by the consumer.

"People pride themselves on being able to multitask so it is not surprising that we continue to see shoppers using their phones," said Sciandra in an email interview with CTVNews.ca. "That being said, I think many people don’t recognize some of the negative repercussion associated with being distracted while in-store and therefore we feel as if we don't have much to lose."

The study was conducted using 231 participants, each of whom completed a simulated shopping task. While participants were shown a first-person perspective video of someone grocery shopping, some refrained from using their phone or used it for an unrelated task, either constantly or intermittently.

Following the video, the participants were given a shopping list of items and were asked to compare the list to the products seen in the video. The participants' mobile phone dependence was then assessed by self-reporting.

The researchers found that consumers who are "highly dependent" on mobile phones, "characterized by excessive use of and reliance on the device," were the most at risk of straying from a shopping list.

"Mobile phones are quickly becoming the principal distractor for many consumers and they offer a unique form of interruption," said Sciandra. "Our findings may influence consumers' attitudes towards mobile phone use while shopping and persuade them to reflect on how these devices impact our lives, both positively and negatively."

But the study reports that unplanned purchases are not solely to blame on the shopper.

Sciandra said retailers may be taking advantage of consumers’ cellphone distractibility with free Wi-Fi and mobile shopping apps that can influence shopping plans, for example.

"Not only are retailers maximizing unplanned purchasing during the focal trip, if a shopper misses or forgets an item, this may necessitate a second shopping trip," said Sciandra. He added that for highly store-loyal shoppers, this benefits retailers but negatively impacts the shopper through overspending and misusing time.

"We are not saying that all types of in-store mobile phone use are necessarily bad. There are many [shopping-related] uses that might actually make consumers better or more efficient shoppers," he said.

While the study is based on a simulated shopping experience, its authors say caution should be taken when applying their conclusions to real-life settings.

With files from Christy Somos