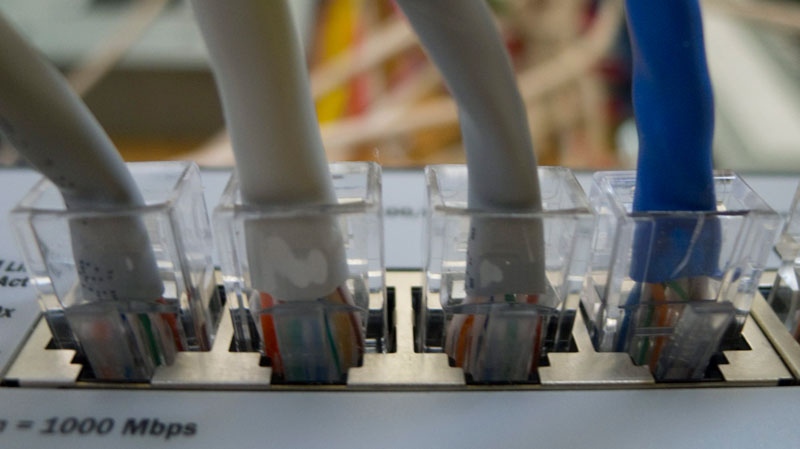 Internet cables connect to a switch on a home network in Chelsea, Que., Monday July 11, 2011. (Adrian Wyld / THE CANADIAN PRESS)

ADDIS ABABA, ETHIOPIA -- A United Nations expert on the freedom of expression said he has urged Ethiopian officials to stop shutting down the internet.

David Kaye, the UN's special rapporteur on the right to freedom of opinion and expression, told reporters in Ethiopia's capital, Addis Ababa, that he is concerned with the frequent internet shutdowns carried out by the government.

"I've also experienced an internet shut down here in Ethiopia in the past week," he said, referring to a brief shutdown on Dec. 5 that Ethiopian officials said was to stop a cyber-attack targeting the country's financial institutions.

Ethiopia has shut down the internet nine times in 2019, mostly during national exams and public protests, he said.

"Internet shutdowns are almost always in violation of the right to freedom of opinion and expression," said Kaye. "I want to strongly urge the government to not use internet shutdown as a tool. I've asked several times `Where do you have the authority in law to shut down the internet?' Nobody could give me an answer."

Ethiopia is one of several African countries that have blocked the internet or specific social media sites during elections or periods of crisis.

Kaye stressed that social media platforms like Facebook and YouTube have a relatively small presence in Ethiopia right now but they have an "extraordinary responsibility" to moderate contents to make sure postings are accurate.

"This is a remarkable moment in Ethiopia with all sorts of reforms happening in the country," he said, adding that it is the first time since 2006 that a UN special rapporteur of his kind was invited into the country.

He said, however, that more reforms are needed.

"I've expressed my concern regarding the draft hate speech and disinformation law as it may inadvertently criminalize public debate," he said.