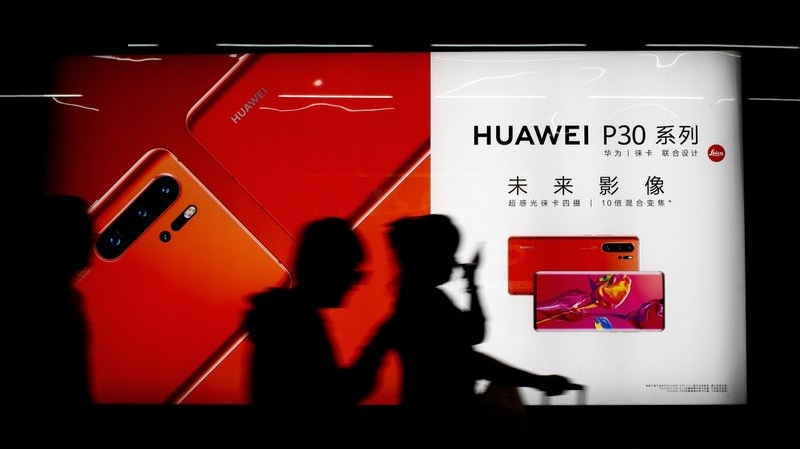 A U.S. judge has rejected a lawsuit filed by Chinese tech company Huawei challenging the constitutionality of a law that banned federal agencies from buying its products.

U.S. District Judge Amos Mazzant ruled in favor of the United States on Tuesday, concluding that Congress had the power to restrict federal agencies from doing business with Huawei and ZTE, another Chinese tech company targeted by the U.S. law.

Huawei, the world's biggest maker of telecommunications equipment and a leading smartphone brand, had argued that part of the National Defense Authorization Act (NDAA) infringed on the company's constitutional rights and harmed its existing and future business.

Mazzant pushed back on those claims, writing in his 57-page ruling that "the court finds Huawei's arguments unpersuasive."

"Contracting with the federal government is a privilege, not a constitutionally guaranteed right — at least not as far as this court is aware," the judge wrote.

Moreover, he wrote that Huawei is not, as it argued, prevented from participating in its chosen line of work. Rather, the company "can still conduct business with every other company and individual in America as well as the remaining 169 countries and regions it currently does business with throughout the world," Mazzant wrote.

Washington maintains that Huawei poses a national security threat and has taken several steps to curb its business, including barring U.S. companies from supplying the Chinese firm with key tech and software. Companies can still sell products to Huawei that aren't subject to restrictions.

The Trump administration has also argued that installing Huawei's equipment in U.S. networks could allow Chinese spies to eavesdrop on sensitive U.S. communications. Huawei denies the allegations and says none of its products pose a national security risk.

The company said in a statement that it is disappointed in the ruling.

"While we understand the paramount significance of national security, the approach taken by the U.S. government in the 2019 NDAA provides a false sense of protection while undermining Huawei's constitutional rights. We will continue to consider further legal options," Huawei said.

The ruling is a blow to Huawei's broader strategy of fighting Washington's pressure campaign on the Chinese company through U.S. courts and public opinion.

Earlier this month, it filed a suit against Verizon, seeking compensation for alleged unauthorized use of Huawei patents. In December, it sued the U.S. Federal Communications Commission, fighting restrictions that prohibit American carriers from using federal subsidies to purchase Huawei equipment.

Huawei is also defending itself and its financial chief Meng Wanzhou against a litany of U.S. charges, including allegations that it violated sanctions on Iran and engaged in racketeering and conspiracy to steal trade secrets. Huawei and Meng deny the charges.

Huawei has a limited presence in the United States, where it has been barred from supplying core equipment to major U.S. carriers for years. But the Shenzhen-based company is a global telecoms powerhouse and a leader in the global rollout of ultra fast 5G networks.

Despite the prolonged American campaign against its business, Huawei managed to increase sales to 850 billion yuan (US$122 billion) in 2019, up 18% from the previous year.