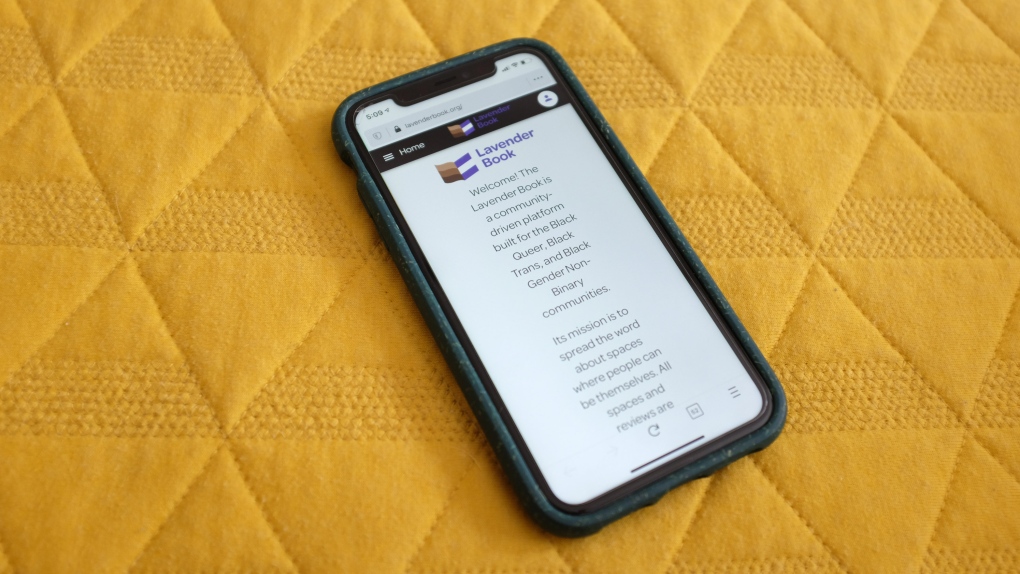 The U.S. Lavender Book web-based app, which just launched Monday, is seen on an iPhone on May 18, 2021 (Austin Steele/CNN)

Decades ago, the Green Book allowed Black Americans to safely navigate a violently segregated country. On Monday, that concept was reimagined with the launch of the U.S. app Lavender Book.

The Lavender Book, a crowd-sourced app created by the American National Black Justice Coalition and Out In Tech, aims to record safe spaces for LGBTQ2S+ people of color.

"Finding safe, supportive, responsive environments can be a tall order for Black and African diasporic LGBTQ2S+/SGL people. We created Lavender Book to serve our BIPOC LGBTQ2S+ community in a time where anti-discrimination efforts and safety cannot be taken for granted," said David Johns, executive director of the National Black Justice Coalition, in a statement.

The app allows users to narrow down places through various filters -- such as whether American Sign Language is spoken, gender-neutral restrooms are available or if there's a wheelchair ramp on site.

This year, 33 states introduced over 100 bills that would curb the rights of transgender people across the U.S., including limiting their participation in sports or outlawing gender-affiriming treatment to minors.

And in January, the Human Rights Campaign found that half of US states fail to offer basic protections for LGBTQ2S+ people, such as nondiscrimination policies in employment, housing and public accommodations.

"By leveraging the power of technology and crowdsourcing for social change, we hope to help BIPOC LGBTQ2S+ folks find safe and inclusive spaces at the recommendation of their peers," said Andrew Lowenthal, executive director of Out In Tech, in a statement.