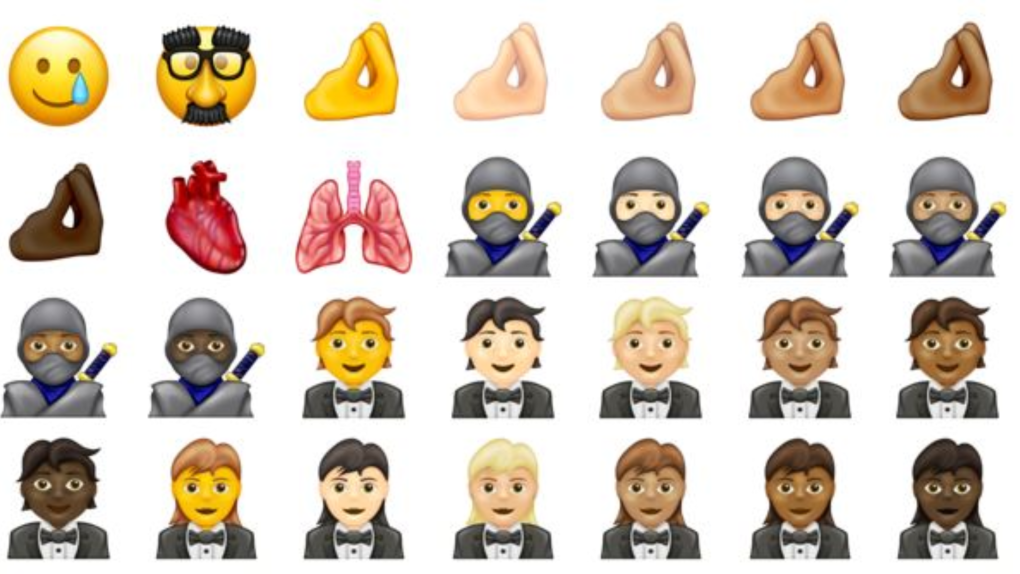 TORONTO -- A chef’s kiss, a baby seal and the transgender flag are among the latest additions of emojis that likely hit most devices later this year.

The Unicode Consortium released Emoji 13.0 on Wednesday, a collection of sample images for various mobile phone, computer and web platform vendors to adapt for their own purposes.

Making something delicious in the kitchen? Soon you can throw in a “pinched fingers” emoji, widely interpreted online as the “chef’s kiss” hand gesture.

Trying to be stealthy? Slip in the new “ninja” emoji, or the smiley wearing a moustache-and-glasses disguise.

Fighting for climate action and want to emphasize your love of animals? Insert the new polar bear or seal emoji.

Maybe you want to get very specific about bodily organs? There are “anatomical heart” and lung emojis now.

Did the moneybag and winged dollar bills seem too opulent? There’s now a single coin emoji.

The new collection also expands on last year’s efforts for more gender-diverse options. There’s an inclusive version of Santa and Mrs. Claus called “Mx Claus” as well as a woman in a tuxedo, and a man in a white veil. The transgender flag, with blue, pink and white lines, was also added to Emoji 13.0, but had notably already been added to WhatsApp, Facebook and Twitter platforms last year.

Other new additions include a magic wand, a man feeding a baby, and a smiling face with a single tear.