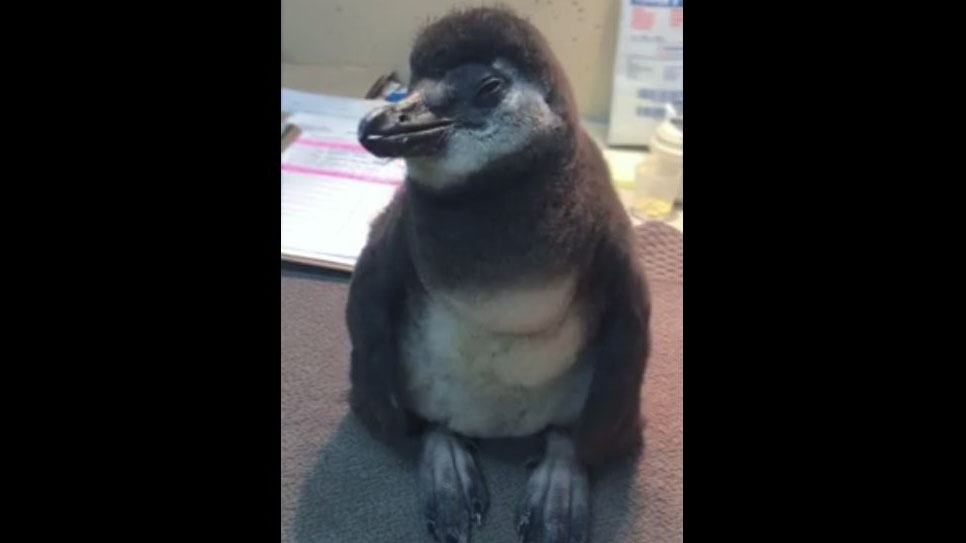 A penguin chick at the Toronto Zoo (Toronto Zoo/Facebook)

The zoo says of the 18 penguin species around the world, the African penguin is one of the most endangered -- the current population of wild African penguins is less than half of what it was 40 years ago.

It says the first two chicks were laid by a pair named Thandiwe and Matata, who were recommended to breed by the Species Survival Plan, but both eggs had to be given to surrogate parents as the pair didn't sit on the eggs.

The other two chicks were laid by another pair, Eldon and Chupa, and one of their eggs went to a surrogate pair.

The zoo says incubation by the parents occurs for just over a month, then the hatched chicks stay with their parents in the nest for another three weeks.

"By this point the chicks are large and mobile enough for the penguin keepers to hand-raise them," the zoo said Friday in a Facebook post. "The keepers are teaching the chicks to be hand-fed fish and to get on a scale for daily weigh-ins."

They're expected to be able to join the zoo's penguin colony at around 80 days.

The fact that three of the chicks are female "is good news for North American zoo population, which is predominantly male," the zoo said.

Fewer than 20,000 breeding pairs are left in South Africa, it said.