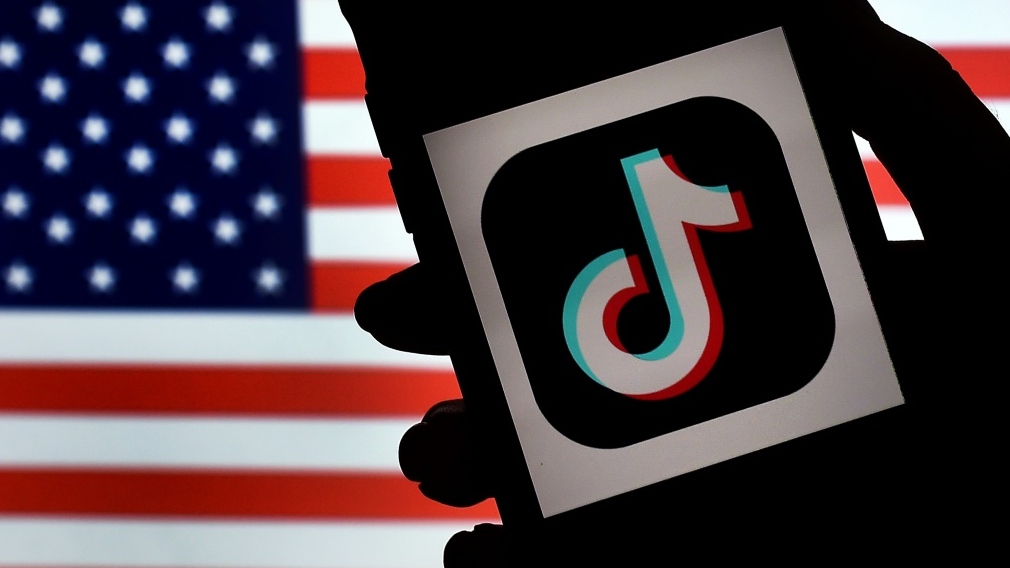 The "Trump Freestyle" post Monday by @maya2960 quickly racked up more than a million views and 500,000 "likes" on the popular platform owned by China-based ByteDance.

"Didn't think this through, little Donny, did you? Not much of a businessman," she rapped.

"You can ban this app, there'll be a new one. There's supply where there's demand."

The lyrics included a promise that TikTok users would not go down without a fight, citing First Amendment protections against government censorship of free speech.

Another video snippet racking up views was captioned "Me trying to convince Trump to let us keep TikTok" and showed a woman coloring her face orange and building a brick wall.

American comedian Elijah Daniels used Twitter to bid farewell to his TikTok followers, giving "a big shout out to Donald Trump for mishandling the entire pandemic" but then taking away an app raising people's spirits.

"A virtual world dominated by hate on Twitter is nothing compared to the snapshots of joy and comedy on TikTok," read the open letter.

"So instead of eliminating TikTok, why not use this opportunity to spin off TikTok U.S. in an IPO or sell it to a U.S. company -- let capitalism solve this issue, not the state."

Trump gave TikTok six weeks to sell its U.S. operations to an American company, saying Monday it would be "out of business" otherwise, and that the government wanted a financial benefit from the deal.

"It's got to be an American company... it's got to be owned here," Trump said. "We don't want to have any problem with security."

Trump said that Microsoft was in talks to buy TikTok, which has as many as one billion worldwide users who make quirky 60-second videos with its smartphone app.

But U.S. officials say the app constitutes a national security risk because it could share millions of Americans' personal data with Chinese intelligence.

Trump gave ByteDance until mid-September to strike a deal.

Whatever the price is, he said, "the United States should get a very large percentage of that price because we're making it possible."

Trump compared the demand for a piece of the pie to a landlord demanding under-the-table "key money" from a new tenant, a practice widely illegal including in New York, where the billionaire president built his real estate empire.

Trump also said the sale of TikTok's US business would have to result in a significant payout to the U.S. Treasury for initiating it.

Some on TikTok suspect that the president's threat is connected to the platform's popularity among activists, such as those protesting racial discrimination.

Legions of K-pop fans and TikTok users took credit for upending a Trump rally in June by block-reserving tickets with no intention of attending the event -- which wound up with an embarrassingly low turnout.

Prior to the event in Tulsa, Oklahoma -- hyped as a major relaunch ahead of the November presidential election -- Trump's campaign chairman tweeted that more than a million tickets had been requested.

But according to the local fire department, just 6,200 people turned up.

"Now I don't think it's a coincidence after Tulsa was a flop; out of the blue, now suddenly you, want to go ahead and ban TikTok," @maya2960 rapped.

TikTok appeals to a generation that spent their childhoods on the internet, seeing it evolve from a cornucopia of online platforms to a virtual world dominated by titans such as Facebook and Google, according to the open letter.

"There are serious concerns over how the app collects its data that merit an American response," those signing the letter said.

"But ironically, it is the first company to challenge the companies that have put an end to the open internet."

Wedbush analyst Dan Ives said in a note to investors that the chances of Microsoft buying TikTok are strong.

"Microsoft buying TikTok would be a coup," Ives said, noting the valuation could be worth some US$40 billion.

Microsoft has prospered by focusing on serving businesses with software and services, but has stumbled when it comes to consumer products aside from Xbox video game offerings.

TikTok would be a chance to challenge Facebook in the social media space, according to Ives.