This car just smashed through speed records at 508 km/h 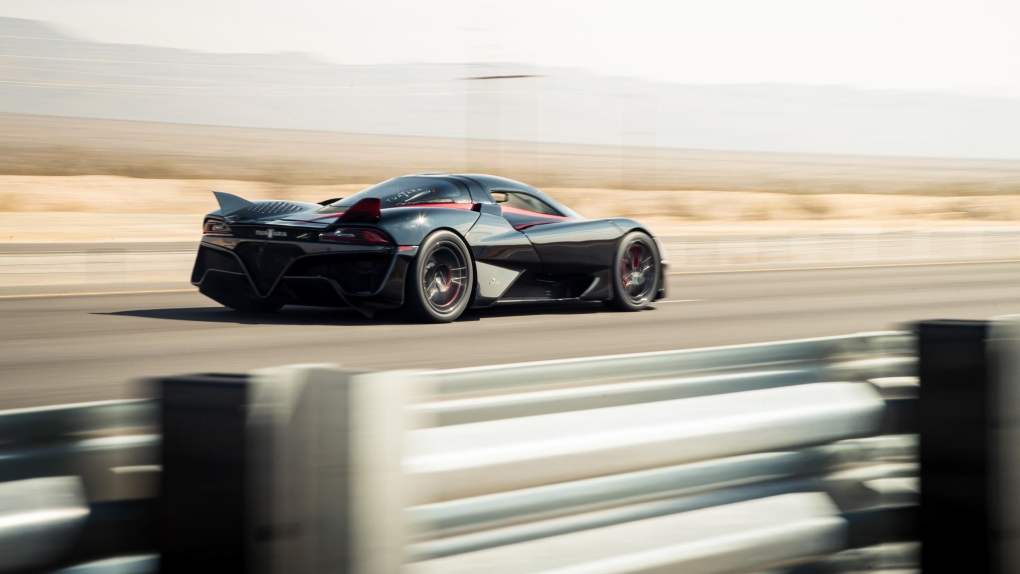 The vehicle, which was tested on a seven-mile stretch of a Nevada highway on Saturday, also reached the highest speed ever achieved on a public road, at 532.93 kilometres per hour, according to the company. The official top speed is the result of two runs in opposite directions, to account for wind and road variations.

SSC said that two independent witnesses were on site to verify the world records.

The Tuatara, which has butterfly doors and produces 1,750 horsepower from a turbocharged V-8 engine, is the second vehicle built by SSC to earn the title of world's fastest production car, according to the company. It says the model's aerodynamic design was inspired by fighter jets, taking more than a decade of research and development.

SSC, which bills itself as "America's first hypercar company," was founded in 1998 in Richland, Wash. SSC CEO Jerod Shelby, who is not related to legendary auto designer and racer Carroll Shelby, said the team's performance exceeded his own expectations, and was especially gratifying after "years of setbacks and challenges."

The company is currently planning to produce 100 Tuatara hypercars to sell to customers.

SSC believes its car can go even faster.

"There was definitely more in there. And with better conditions, I know we could have gone faster," driver Oliver Webb said in a statement.