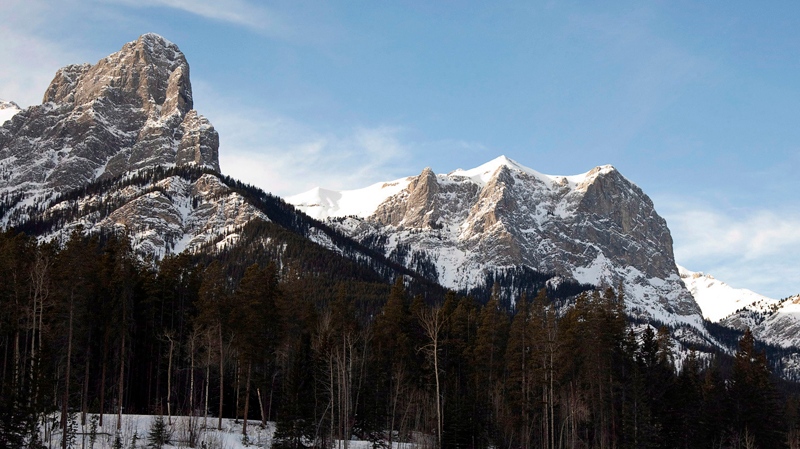 The Rocky Mountains as viewed from Canmore, Alta., on Saturday, Dec. 15, 2012. (Jeff McIntosh / The Canadian Press)

An astonishing trove of century-old photographs of the Rocky Mountains shows those rugged symbols of permanence and endurance are just as mutable as anything else.

"Almost all the mountains that we were looking at are changing quite significantly," said Andrew Trant, a University of Waterloo professor whose paper has just been released in Scientific Reports, one of the journals published by Nature.

"There has been a huge amount of change."

Trant's work is one of the first large-scale papers to come from the Mountain Legacy Project, a decades-long effort to build on the work of Canada's early surveyors and geographers.

From the 1880s to the 1950s, the Geological Survey of Canada and the Dominion Land Survey sent teams into the Rockies to develop maps in use today. The crews took carefully annotated, high-resolution photographs everywhere they went -- 120,000 of them, now the largest such archive in the world.

Since the 1990s, teams have been going back into the field and rephotographing the same scenes. There are now more than 8,000 image pairs.

Because the early photos were taken with the best equipment of the day -- from large view cameras with glass-plate negatives to high-quality Hasselblads -- they permit detailed comparison with the modern images. Researchers were able to zoom in on single trees.

Trant and his co-authors wanted to study how the treeline has changed. Paired images that gave them 104 examples.

Trees are creeping upward, they found.

Overall, 87 per cent of the treelines have climbed toward the summits. About half the pictures show advances of up to 50 metres and as much as 250 metres.

Tree density increased at 89 per cent of the treelines.

Their shape changed, too. Krummholz -- the gnarled, wind-sculpted trunks often seen in alpine regions -- have made way for normal trees at 83 per cent of the sites.

"The alpine is shrinking," said Trant.

"It's difficult to draw strong conclusions," Trant said, although he notes land-use practices to suppress fires have changed significantly over the decades.

"The landscape management has really shifted."

Trant's team couldn't tease out the specific impact of climate change, but he suspects the mountains having warmed, on average, by almost a degree over the last century is a big factor.

"The last hundred years has been profound for climate change, especially the last 30 years. We still think that climate is a really important driver of all this change."

The effect is that habitat for alpine-adapted plants and animals -- some endangered -- is slowly disappearing, squeezed between the advancing treeline and the inhospitable snows of the summits.

"There's a lot of alpine tundra and species that are unique to that habitat," Trant said. "They're at serious risk. There's less and less space for those alpine specialists. We saw that pattern pretty uniformly."

Trant said his study has a message for those who love the immensity and grandeur of high places.

"They change too," he said. "We need to be paying attention."

This report by The Canadian Press was first published July 9, 2020