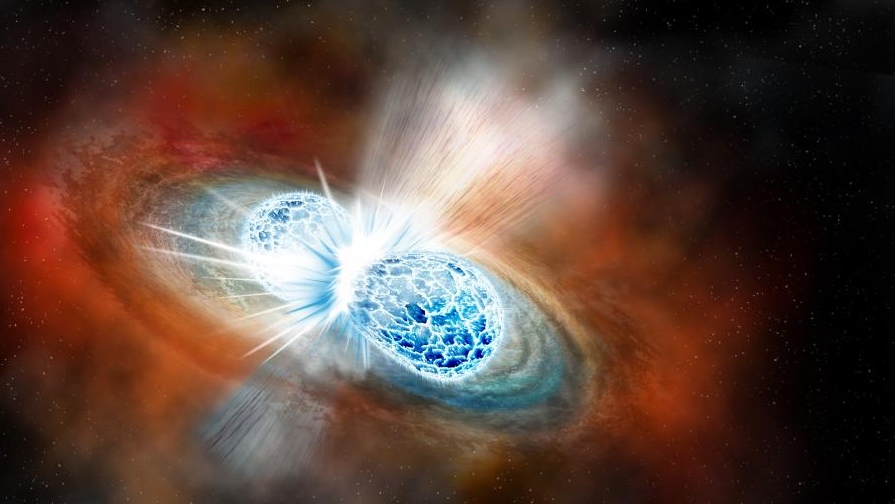 Artist’s concept of the explosive collision of two neutron stars. (Illustration by Robin Dienel courtesy of the Carnegie Institution for Science)

Science is the noble pursuit of the truth and it strives to evolve our reality for the better.

In 2017, there were some truly exceptional and fascinating findings as well as great advancements in various fields of research.

This year scientists solved the mystery of narwhal tusks, snipped out a hereditary disease from the genetic code of a human embryo and managed to launch a recycled rocket into space, a feat that even astounded SpaceX CEO Elon Musk.

There were many jaw dropping moments in science this year but here is CTVNews.ca’s round-up of the top 17 scientific discoveries of 2017: 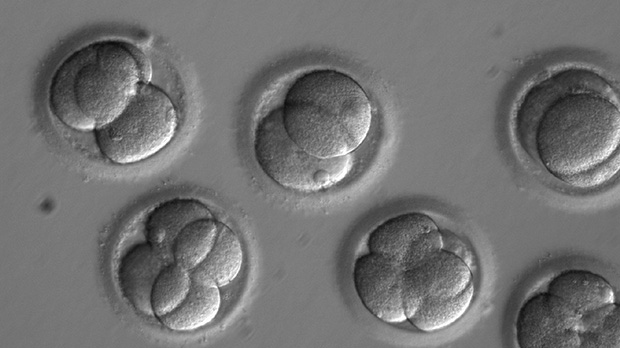 In July, for the first time ever, U.S. scientists successfully changed the DNA in a human embryo using the gene-editing technique CRISPR.

The study was later published in Nature in August.

While other scientists – all in China – have edited genes in human embryos before, there was the problem of mosaicism.

Mosaic happens when the editing doesn’t take place until after the DNA of a fertilized egg has begun to divide. This means only some cells in the resulting embryo have the desired change, and if the embryo goes onto fully develop, the child might still get the disease that was supposed to be prevented.

The researchers managed to avoid this problem by injecting sperm and the modifying enzyme into the egg simultaneously instead of waiting until after fertilization to edit the genes.

As a result they successfully deleted the gene mutation linked to a heart condition in all of the embryos.

Scientists may have found the most likely candidate for signs of life beyond our solar system.

The discovery was published in the journal Nature in April and detailed a transiting rocky “super-Earth” orbiting a quiet red dwarf star.

“This is the most exciting exoplanet I’ve seen in the past decade,” said lead author Jason Dittmann of the Harvard-Smithsonian Center for Astrophysics in a statement.

According to the astronomers, the exoplanet and the red dwarf are perfectly situated to be conducive to creating life. 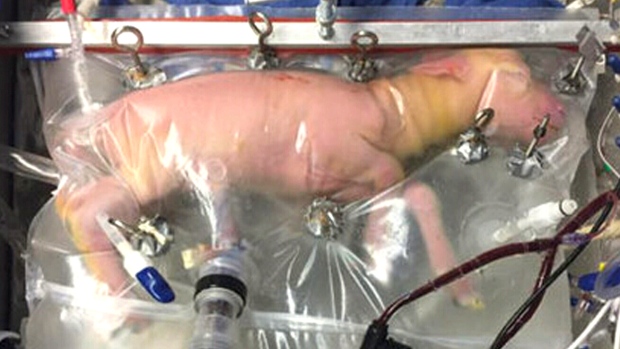 Scientists made an artificial womb to support premature babies.

The researchers created a fluid-filled transparent container to simulate how fetuses float in amniotic fluid inside a mom's uterus, and attached it to a mechanical placenta that keeps blood oxygenated.

According to the research published in the journal Nature, they tested the synthetic womb using extremely premature lambs. The lambs grew normally inside the system for three to four weeks.

The hope is that the “biobags” can one day be used to extend normal gestation of a baby when it’s not possible for the mother to continue to carry the child.

Scientists found a hidden space in the Khufu, or Cheops, monument in Egypt. This is the first such discovery in the structure since the 19th century.

Using a technique called muography, which senses density changes inside large rock structures, the scientists found a “big void” in The Great Pyramid.

The 30-metre space located deep within the pyramid, is situated above the structure's Grand Gallery, and has similar dimensions.

It is unclear what might be in the void as it’s not accessible, however, the scientists suggest the space may have been used to prevent collapse by relieving some of the overlaying weight. 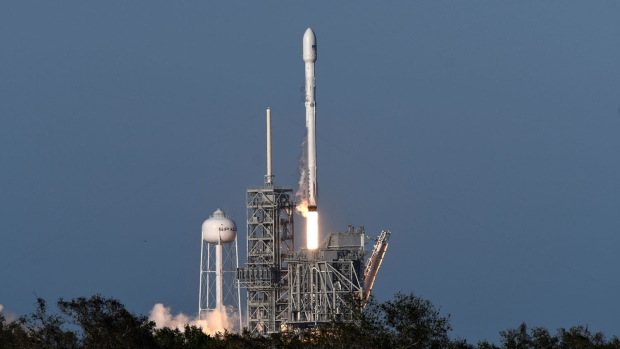 In March, SpaceX successfully launched and then retrieved its first recycled rocket.

It was a historic feat and a huge step forward in the effort to drive down costs and speed up flights.

In a stunning act of modern alchemy, scientists at Harvard University turned hydrogen into metal in October last year.

The first instance of metallic hydrogen was recorded in the journal Science in January.

According to the researchers, the incredibly rare material has the potential to revolutionize technology, space rockets and almost anything involving electricity.

This was the fourth time gravitational waves were observed, the first observation won the Nobel Prize in physics this year, but the first time the waves didn’t come from a black hole collision.

The huge cosmic crash not only produced gravitational waves but also answered questions about the origins of heavy elements such as gold and one of the most dangerous forces of the cosmos -- short gamma ray bursts.

The giant ozone hole above Antarctic shrank to its smallest size since 1988, according to NASA.

Paul Newman, chief Earth scientist at NASA's Goddard Space Flight Center, said in a statement this is in part due to the ban on ozone-eating chemicals back in 1987 as well as stormy conditions in the upper atmosphere that warmed the air and kept chemicals away.

A biophysicist finally created the perfect wine bottle in March this year.

Daniel Perlman, from Brandeis University, used slow-motion videos to study how wine flows out of the bottle and after three years of painstaking research, Perlman figured out that if he added one extra two-millimetre groove to the lip of the bottle it doesn’t drip when pouring. 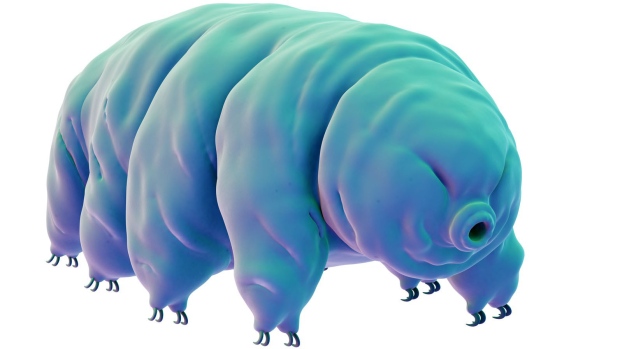 Scientists figured out what will survive the end of the earth.

A study, published in the journal Scientific Reports in July, determined that the tardigrade, an eight-legged micro-animal, will outlive us all.

“Tardigrades are as close to indestructible as it gets on Earth,” study co-author Rafael Batista, from Oxford University, said in a statement.

The only thing that could kill them is if the ocean boiled.

The study, published in the journal Proceeding of the National Academy of Sciences in July, revealed that billions of populations of animals have been lost in recent decades.

According to the researchers, nearly half of the 177 mammal species surveyed lost more than 80 per cent of their distribution between 1900 and 2015.

According to the researchers, the primary cause is “human overpopulation and continued population growth, and overconsumption, especially by the rich.” 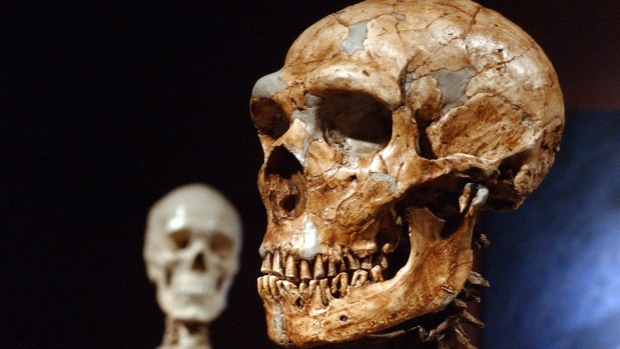 The study, published in the journal Nature in April, claims humans reached the Americas about 100,000 earlier than thought.

It is widely accepted that ancient humans reached the Americas about 15,000 years ago but researchers say a site in Southern California shows evidence of humanlike behaviour from about 130,000 years ago, when bones and teeth of an elephant-like mastodon were evidently smashed with rocks.

NASA probes detected a man-made bubble that surrounds earth and acts as a barrier to high-energy particles in May.

Scientists said the barrier is caused by very low frequency radio signals sent out by ground stations to submarines.

Scientists may have uncovered a new continent, which they’ve called Zealandia.

The study, published in the Geological Society of America journal, argues that New Zealand and New Caledonia aren’t merely an island chain but rather part of a single, 4.9-million-square kilometre slab of continental crust that’s distinct from Australia.

Using detailed satellite and gravity maps of the ancient seafloor the scientists were able to show that Zealandia is in fact part of one unified region.

A discovery, published in the journal Nature in March, challenged how the major dinosaur groups were related to each other, creating a huge shake-up in the dinosaur family tree.

For 130 years, palaeontology researchers divided dinosaurs into two main groups: the bird-hipped ornithischian dinosaurs (such as the Stegosaurus) and the lizard-hipped saurischians, which includes theropods (such as the Tyrannosaurus) and suropods (long-necked herbivores such as Brontosaurus).

But after analyzing the anatomical features of 74 different types of dinosaurs the study revealed that theropods and ornithischians were closely related. This means that the sauropods are left on one branch, while the theropods are placed on the other with the ornithischians and the entire dinosaur family tree needs a rewrite.

Human activity has created about 200 minerals marking a new man-made geological era, according to scientists.

The study, published in the journal American Mineralogist, found that 208 of more than 5,200 officially recognized minerals are linked to human activity, with crystals forming in locations such as shipwrecks, mines and museum drawers.

The researchers argue that the rapid changes in minerals mean humankind is creating a distinct layer in the geological record. 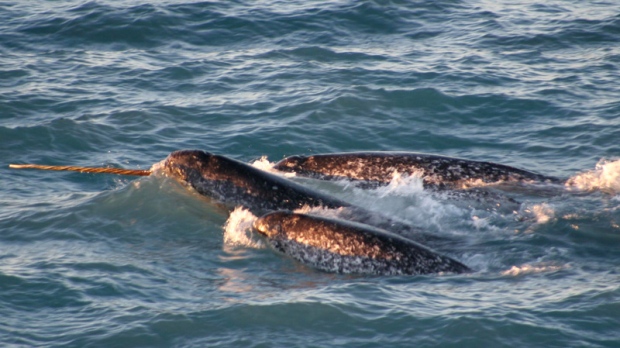 Scientists finally figured out what narwhals do with their horns.

Scientists believe the tusk’s primary function is related to attracting a female mate, similar to a peacock’s feather, because it’s typically only found on males. However, this latest discovery opens up more possibilities about its value to the species.