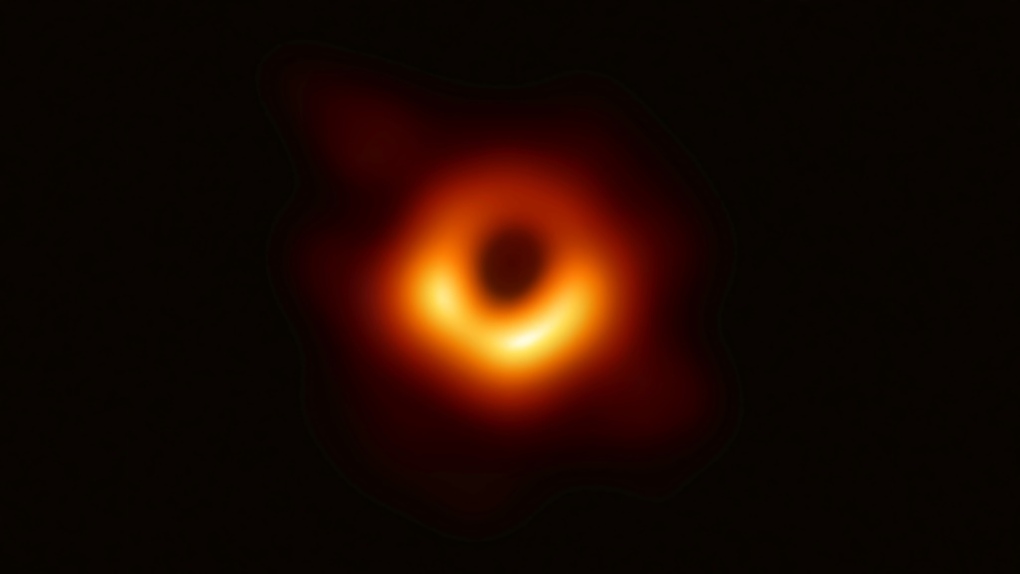 The Event Horizon Telescope Collaboration grabbed global headlines on April 10 when they published the first image of a supermassive black hole circled by a flame-orange halo of white hot plasma. (AFP)

The 347 scientists who collaborated to produce the world's first image of a black hole were honoured Thursday with the Breakthrough Prize in Fundamental Physics, winning $3 million dollars for what is known as the "Oscars of science."

The Event Horizon Telescope Collaboration grabbed global headlines on April 10 when they published the first image of a supermassive black hole circled by a flame-orange halo of white hot plasma.

Directed by Shep Doelman at the Harvard-Smithsonian Center for Astrophysics, the team spent over a decade simulating an Earth-sized computational telescope that combined the signals received by eight radio telescopes working in pairs around the world with their sights trained on the Messier 87 (M87) galaxy, 55 million light years away.

Through this technique, they were able achieve an unprecedented resolution and observe the black hole's silhouette for the first time in history, confirming theoretical predictions about these celestial objects.

"For many years, I would tell people that we were going to image a black hole, and they would say, 'Well, we'll believe it when we see it,' Doelman told AFP in an interview.

"But when you finally come with very strong evidence, when you make a breakthrough like this, then you have the satisfaction of really giving birth to a new field.

"We are now in an era of precision imaging of black holes, we can approach the event horizon and map spacetime for the first time," he added.

The event horizon of a black hole is the point at which its gravitational effects are strong that light cannot escape its pull.

Now in its eighth year, the Breakthrough Prize was launched by Silicon Valley entrepreneurs to recognize and reward the world's top scientists.

Winners from the other categories, life sciences, and mathematics, also took home $3 million.

They will be recognized at a gala awards ceremony on November 3, at NASA Ames Research Center in Mountain View, California.

Glazed doughnut or 'Eye of Sauron'? What some see in the black hole photo