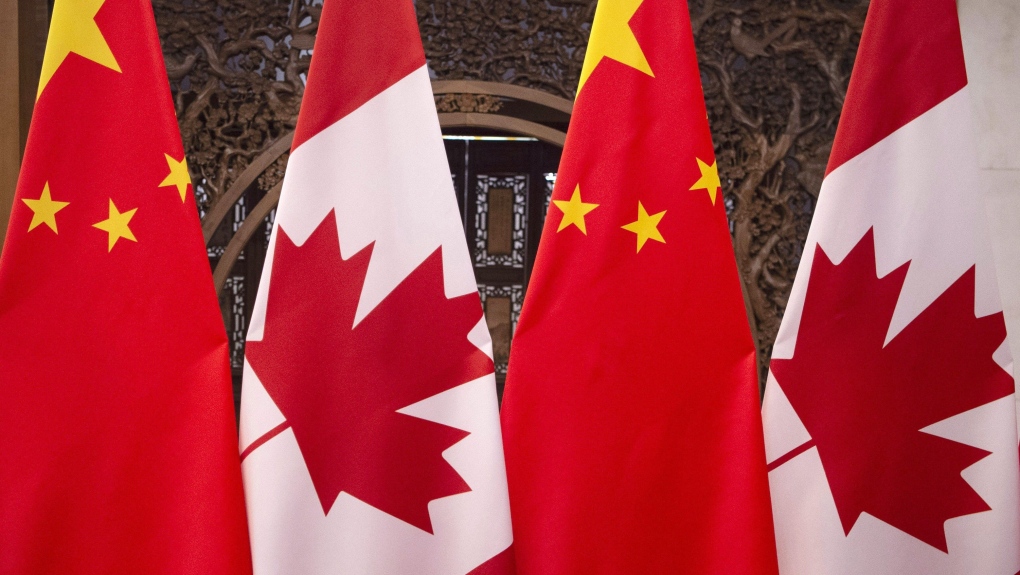 This Dec. 5, 2017, photo shows flags of Canada and China prior to a meeting of Canadian Prime Minister Justin Trudeau and Chinese President Xi Jinping at the Diaoyutai State Guesthouse in Beijing. THE CANADIAN PRESS/AP, Fred Dufour, Pool Photo
WASHINGTON -

Suspected Chinese hackers tampered with widely used software distributed by a small Canadian customer service company, another example of a “supply chain compromise” made infamous by the hack on U.S. networking company SolarWinds.

U.S. cybersecurity firm CrowdStrike said in a blog post that it had discovered malicious software being distributed by Vancouver-based Comm100, which provides customer service products, such as chat bots and social media management tools, to a range of clients around the globe.

The scope and scale of the hack wasn't immediately clear. In a message, Comm100 said it had fixed its software earlier Thursday and that more details would soon be forthcoming. The company did not immediately respond to follow-up requests for information.

CrowdStrike researchers believe the malicious software was in circulation for a couple of days but wouldn’t say how many companies had been affected, divulging only that “entities across a range of industries” were hit. A person familiar with the matter said that there were a dozen known victims, although the true figure could be much higher.

CrowdStrike executive Adam Meyers said in a telephone interview that the hackers involved were suspected to be Chinese, citing the hackers’ patterns of behavior, language in the code, and the fact that one of the hack's victims had repeatedly been targeted by Chinese hackers in the past.

Supply chain compromises – which work by tampering with a widely used piece of software in order to hack its users downstream – have been of increasing concern since alleged Russian hackers broke into Texas IT management firm SolarWinds Corp SWI.N and used it as a springboard to hack U.S. government agencies and a host of private firms.

Meyers – whose firm was among those that responded to the SolarWinds hack – said the Comm100 find was a reminder that other nations used the same techniques.

“China is engaging in supply chain attacks,” he said.