Strange ocean temperatures may be linked to spring tornadoes in Great Plains: study 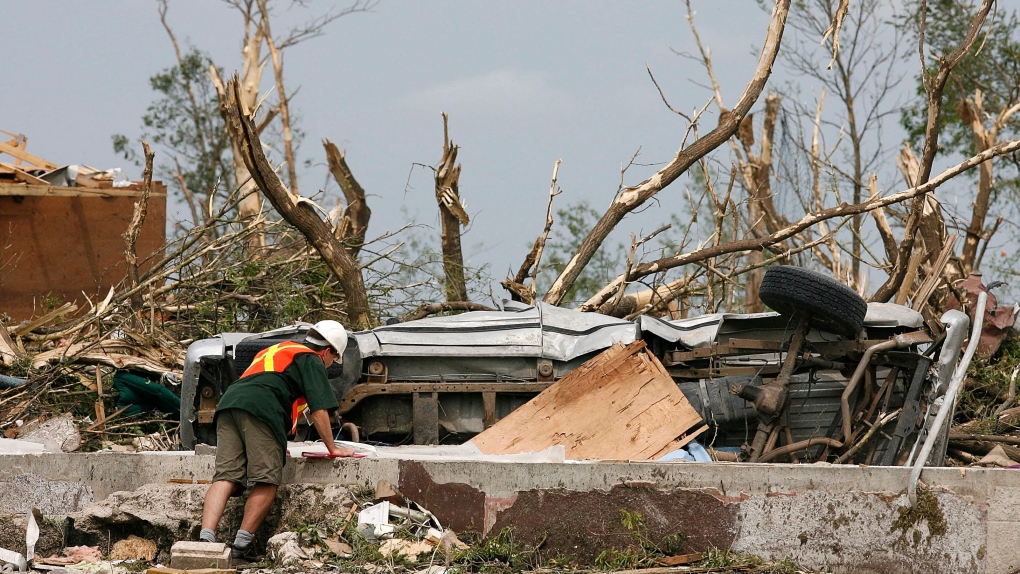 Unusual temperatures in the Pacific and Atlantic oceans have potentially been linked to a higher number of spring tornadoes in the Great Plains, according to a new study.

According to new findings in the journal Science Advances, South Korean climate scientists discovered that either a cold tropical Pacific ocean or a warm Gulf of Mexico, or both, likely created atmospheric conditions favourable to tornadoes forming over the southern Great Plains region, which is part of “Tornado Alley.”

Each of these specific ocean conditions potentially “turbocharges the atmosphere with humid air and more storm systems,” said Pusan National University professor Axel Timmermann, and director of the IBS Center for Climate Physics (ICCP) in a statement.

Scientists said ocean temperatures can amplify a large weather pattern of alternating high-pressure and low-pressure centres over the central Pacific, the eastern U.S. and the Gulf of Mexico. Then, high pressure over the Gulf of Mexico funnel quickly-rotating moist air into the Great Plains region which fuels tornadoes there, the study suggests.

"Previous studies have overlooked the temporal evolution of ocean-tornado linkages. We found a clear relationship in April, but not in May," said Dr. Jung-Eun Chu, the study’s lead author and a research fellow at the ICCP.

In order to make the discovery, his team used atmospheric data and climate computer model experiments from 1954 to 2016.

They also claimed tornadoes could be easier to predict in April than in May.

More than 38 people were killed by tornadoes in the U.S. in 2019. This year also had the second-highest number of recorded U.S. tornadoes between January and May since 2000.

For example, the El Niño -La Niña cycle – a cyclical climate characterized by temperature shifts in the Pacific ocean – is known to have an effect. La Niña favours more tornadoes in spring with El Niño having the opposite effect.

The new study underscores that various factors, including climate change, complicates the prediction of tornadoes.

“(But it) may further help in predicting the severity of extreme weather conditions over the United States," says June-Yi Lee, professor at Pusan National University and coordinating lead author of the 6th assessment report of the Intergovernmental Panel on Climate Change.