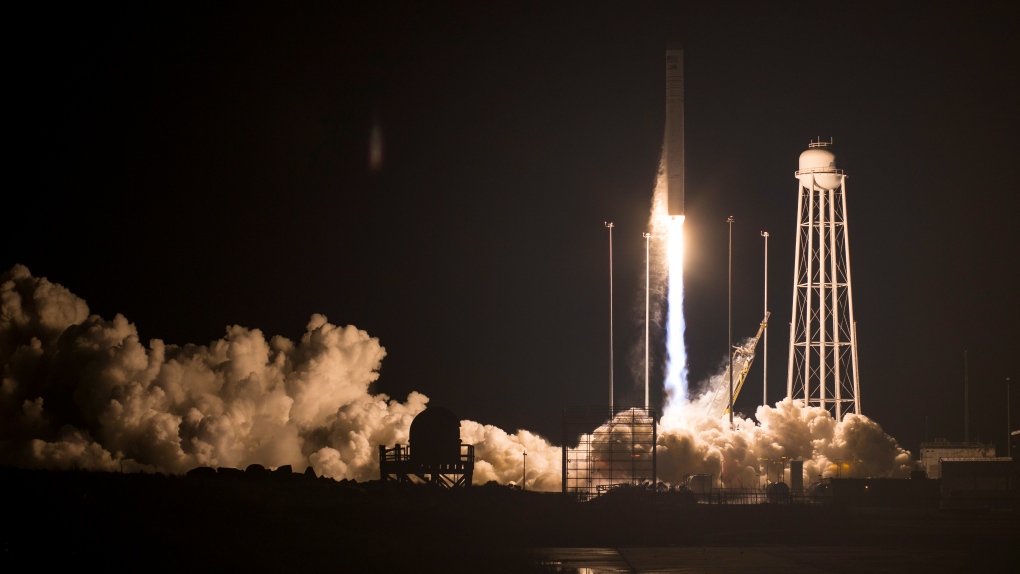 CAPE CANAVERAL, Fla. -- A load of space station supplies rocketed into orbit from Virginia on Saturday, the second shipment in two days.

And another commercial delivery should be on its way in a couple weeks.

The U.S. delivery will arrive at the orbiting lab Monday, a day after the Russian shipment. Among the 7,400 pounds (3,350 kilograms) of goods inside the Cygnus capsule: ice cream and fresh fruit for the three space station residents, and a 3D printer that recycles old plastic into new parts.

Thanksgiving turkey dinners -- rehydratable, of course -- are already aboard the 250-mile-high outpost. The space station is currently home to an American, a German and a Russian.

There's another big event coming up, up there: The space station marks its 20th year in orbit on Tuesday. The first section launched on Nov. 20, 1998, from Kazakhstan.

"As we celebrate 20 years of the International Space Station," Montalbano noted, "one of the coolest things is the co-operation we have across the globe." Then there's the U.S. commercial effort to keep the space station stocked and, beginning next year, to resume crew launches from Cape Canaveral. "To me, it's been a huge success," he said.

This Cygnus, or Swan, is named the S.S. John Young to honour the legendary astronaut who walked on the moon and commanded the first space shuttle flight. He died in January.

It is the first commercial cargo ship to bear Northrop Grumman's name. Northrop Grumman acquired Orbital ATK in June. SpaceX is NASA's other commercial shipper for the space station; its Dragon capsule is set to lift off in early December.

Experiments arriving via the Cygnus will observe how cement solidifies in weightlessness, among other things. There's also medical, spacesuit and other equipment to replace items that never made it to orbit last month because of a Russian rocket failure; the two men who were riding the rocket survived their emergency landing. Three other astronauts are set to launch from Kazakhstan on Dec. 3.