Sonar maps from MH370 search will reveal more about seafloor 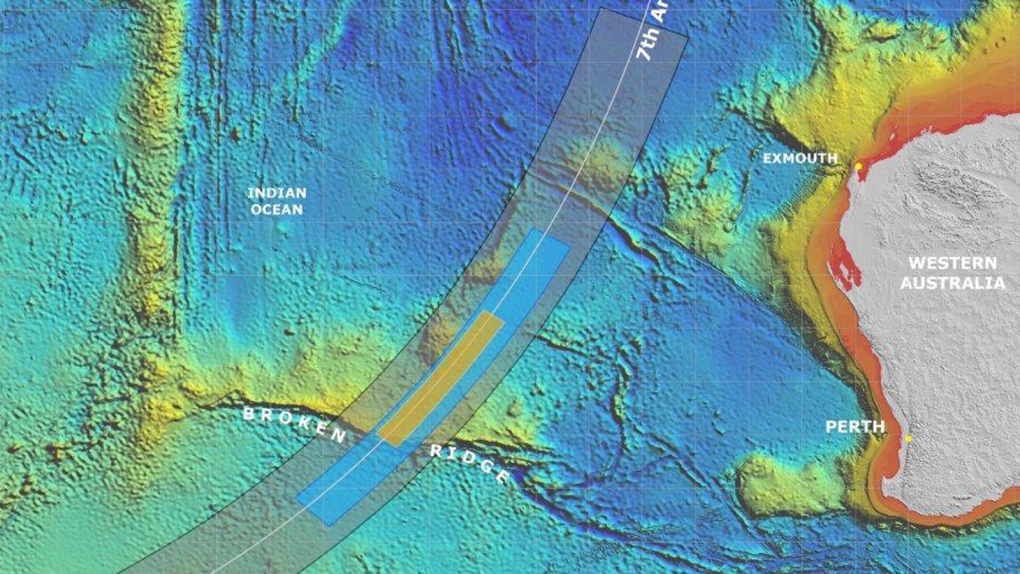 In this map details are presented in the search for the missing Malaysia Airlines Flight 370 in the southern Indian Ocean, on Thursday, June 26, 2014. (Joint Agency Coordination Centre)

CANBERRA, Australia -- The deep-sea sonar search for Malaysia Airlines Flight 370 may not have found the plane but will reveal more about how land beneath the Indian Ocean formed over millions of years and where oil fields could lie.

National geoscience agency Geoscience Australia will soon release detailed sonar mapping of 120,000 square kilometres (46,000 square miles) of seabed that was searched for the wreckage of the Boeing 777 that vanished with 239 passengers and crew on March 8, 2014.

The unique information about plate tectonics would interest geoscientists as well as oil and gas explorers, said Australian National University marine geologist Neville Exon, who has advised Geoscience Australia on the sonar data.

"It's fascinating that so much good science is coming out of an absolute disaster and a heck of a lot of money has gone into it," Exon said.

The mapping was unique in its detail of the enormous area up to 6.5 kilometres (4 miles) in depth, he said

Australian marine research ship RV Investigator will use the detailed sonar images, once they're available, to identify areas of interest to collect rock and core samples and work out how the seabed formed, he said.

"What'll happen now is that academia will do a whole lot of studies working out what is going on there and they will publish those studies and industry will be interested in those, particularly if they are working in an adjacent area," Exon said.

These coarse maps provided data at a low resolution of approximately 1,500 metres per pixel. Searchers conducted a bathymetric survey of more than 200,000 square kilometres (77,000 square miles) of sea bed and collected data at 40 to 110 metres (130 to 360 feet) per pixel before the task of looking for wreckage began.

Exon said two seafloor features within the search zone potentially contained oil and gas: Broken Ridge and Kerguelen Plateau. But he doubted drilling in such deep water would be financially viable.

South of Broken Ridge, a field of potato-like manganese nodules could be dredged. These also contain iron ore, nickel, copper and cobalt. But Exon did not think mining these would be economically viable at present.

But Exon said understanding how the seabed formed in the search area would give oil and gas explorers clues where to look for energy fields closer to the Australian shore.

"It hasn't been a waste of time," Exon said of the search. "It's been a great step forward for science."