Solar probe to pass through comet's tail for 'bonus science' 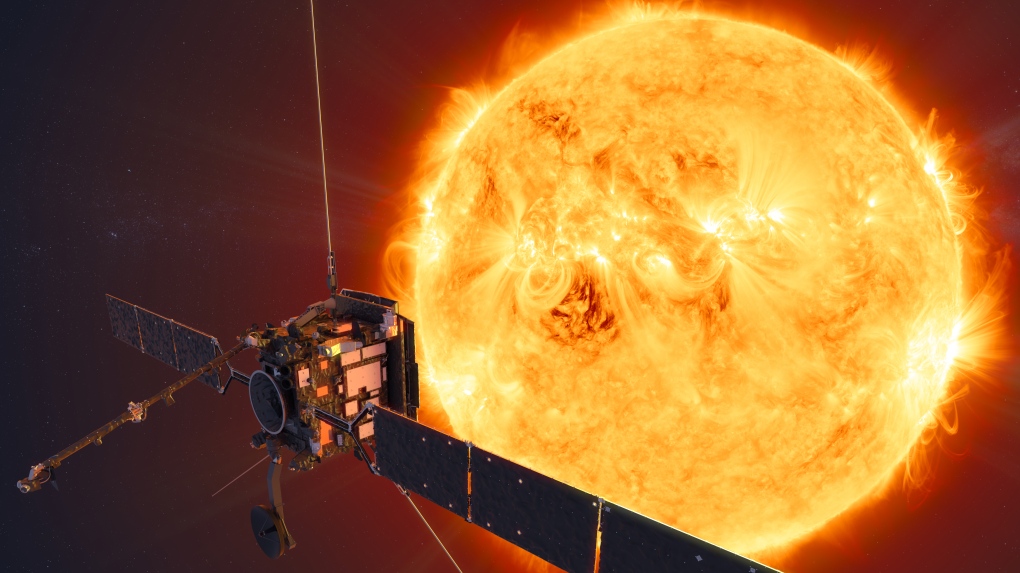 Artist's impression of Solar Orbiter, a new spacecraft journeying to the Sun to snap the first pictures of the Sun’s north and south poles. (NASA)

BERLIN -- The European Space Agency said Friday that its Solar Orbiter probe will pass through the tail of a comet in the coming days and scientists plan to switch on its instruments early to conduct some "bonus science."

Solar Orbiter was launched in February on a mission to capture the first pictures of the sun's elusive poles and the chance encounter with comet ATLAS wasn't planned.

After being alerted to the opportunity by Geraint Jones of Britain's Mullard Space Science Laboratory, mission scientists set about ensuring four of the probe's instruments will be switched on to gather data about the trail of dust and charged particles left by the comet.

ESA said similar chance flybys through a comet's tail have only been recorded six times previously and only after the event had taken place.

The agency's director of science, Guenther Hasinger, said the unexpected encounter "provides a mission with unique opportunities and challenges, but that's good."

"Chances like this are all part of the adventure of science," he added.