Snoopy, mannequins and Apollo 11 items will swing by the moon aboard Artemis I

Snoopy, mannequins and Apollo 11 items will swing by the moon aboard Artemis I 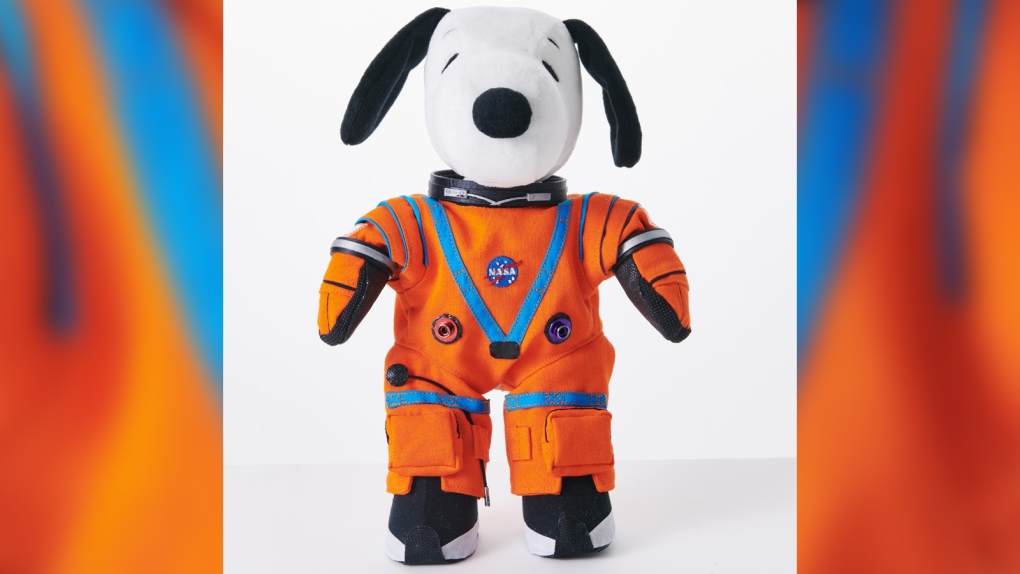 While no human crew will travel aboard NASA's Artemis I mission, that doesn't mean the Orion spacecraft will be empty.

When the Space Launch System rocket and Orion capsule, scheduled for liftoff on August 29, set off on a trip beyond the moon, the spacecraft will be carrying some special items on board.

Inside Orion will be three mannequins, toys and even an Amazon Alexa, along with historic and educational items.

The mission -- which will kick off the Artemis program, with the aim of eventually returning humans to the moon -- carries on a tradition that began in the 1960s of NASA spacecraft bearing mementos. The tradition includes the Voyager probe's gold record and the Perseverance rover's microchip of 10.9 million names. Artemis I will carry 120 pounds of mementos and other items in its official flight kit.

Sitting in the commander's seat of Orion will be Commander Moonikin Campos, a suited mannequin that can collect data on what future human crews might experience on a lunar trip. Its name, picked via a public contest, is a nod to Arturo Campos, a NASA electrical power subsystem manager who aided in Apollo 13's safe return to Earth.

The commander's post has sensors in place behind the seat and headrest to track acceleration and vibration for the duration of the mission, which is expected to last about 42 days. The mannequin will also wear the new Orion Crew Survival System suit designed for astronauts to wear during launch and reentry. The suit has two radiation sensors.

Two "phantoms" named Helga and Zohar will ride in other Orion seats. These mannequin torsos are made of materials that mimic the soft tissue, organs and bones of a woman. The two torsos have more than 5,600 sensors and 34 radiation detectors to measure how much radiation exposure occurs during the mission.

The mannequins are part of the Matroshka AstroRad Radiation Experiment, a collaboration between the German Aerospace Center, the Israel Space Agency, NASA and institutions across multiple countries. Zohar will wear AstroRad, a radiation protection vest, to test how effective it could be if future crews encounter a solar storm.

Amazon's Alexa will be along for the ride as a technology demonstration developed between Lockheed Martin, Amazon and Cisco. The tech demo, called Callisto, features reconfigured versions of Alexa, Amazon's voice assistant, and Cisco's teleconferencing platform Webex to test how these applications perform in space.

The goal for Callisto, named for one of Artemis' hunting attendants from Greek mythology, is to demonstrate how astronauts and flight controllers can use technology to make their jobs safer and more efficient as humans explore deep space.

Callisto will ride along on Orion's center console. The touch-screen tablet will share video and audio live between the spacecraft and Johnson Space Center's Mission Control Center in Houston.

Snoopy and space just go together. The beloved character created by Charles M. Schulz has been associated with NASA missions since the Apollo program, when Schulz drew comic strips showing Snoopy on the moon. The Apollo 10 lunar module got the nickname "Snoopy" because its job was to snoop around and scout the Apollo 11 landing site on the moon, according to NASA.

A Snoopy plush first flew to space in 1990 aboard the Columbia shuttle.

A pen nib used by Schulz from the Charles M. Schulz Museum and Research Center in Santa Rosa, California, will join the Artemis I mission, wrapped in a space-themed comic strip. And a plush Snoopy toy will fly as a zero gravity indicator in the capsule.

The agency has a long history of using toys in space as zero gravity indicators -- so named because they begin to float once the spacecraft has entered zero gravity.

As part of NASA's collaboration with the European Space Agency, which provided the service module for Orion, a small Shaun the Sheep toy will also be an Artemis passenger. The character is part of a children's show spinoff from the "Wallace and Gromit" series.

Four Lego minifigures will also ride in Orion as part of a continuing partnership between NASA and the Lego Group, in the hopes of engaging kids and adults in STEM (science, technology, engineering and math) education.

The Artemis I Official Flight Kit, which includes thousands of items, holds a variety of patches, pins and flags to share with those who contributed to the inaugural flight once the capsule splashes down in the Pacific Ocean in October.

A number of the items -- such as space science badges from the Girl Scouts of America, digitized student visions of lunar exploration from the German Space Agency and digital entries from the Artemis Moon Pod essay contest -- honor the contributions of students and teachers with an interest in STEM.

A variety of tree and plant seeds will be on board in a nod to a similar tradition that began during the Apollo 14 mission. The seeds were later planted and became "Moon Trees" as part of an experiment to understand the effects of the space environment on seeds. NASA will share the Artemis seeds with teachers and educational organizations once the capsule returns.

Several Apollo items are along for the ride, including an Apollo 8 commemorative medallion, an Apollo 11 mission patch, a bolt from one of Apollo 11's F-1 engines and a small moon rock collected during Apollo 11 that also flew aboard the final space shuttle flight. The items were shared by the National Air and Space Museum, which will feature them in an exhibit once they return.

Cultural pieces will be on the flight, too. A 3D-printed replica of the Greek goddess Artemis will join the space voyage and later go on display in Greece's Acropolis Museum. The European Space Agency shared a postcard of Georges Méliès' famed "A Trip to the Moon" artwork for the flight kit.

And the Israel Space Agency donated a pebble from the lowest dry land surface on Earth, the shore of the Dead Sea, to travel on Artemis 1, a flight that will venture further than any human has gone before.

Researchers look for ties between modern behaviour and Neanderthal DNA, a series of stabbings are under investigation in Las Vegas and Conservative Leader Pierre Poilievre is condemned over the use of a YouTube tag. Here's what you need to know to start your day.