Smartphone-controlled drone could land by end of 2014 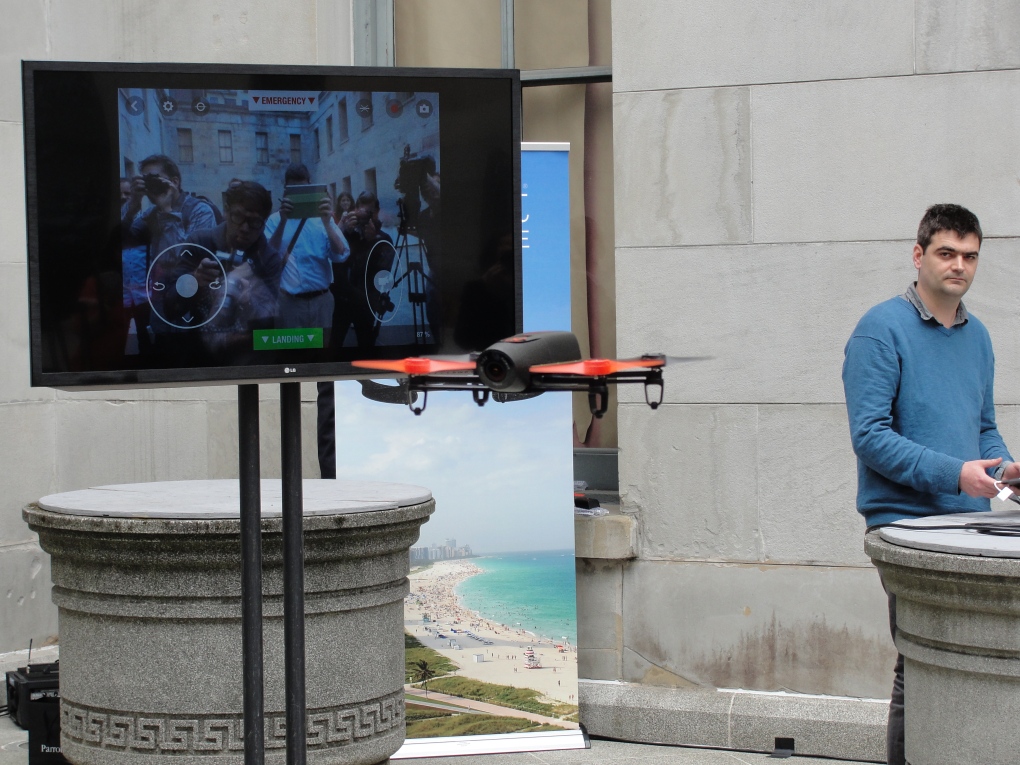 Parrot billed its Bebop Drone as a flying high-quality camera that will land in the market in the final three months of this year.

The Paris-based maker of wireless accessories for automobiles and handheld mobile devices did not disclose how much it plans to charge for the drones.

"The experience is like being a bird, an insect," Parrot founder and chief Henri Seydoux said while providing an early look at Bebop drones in San Francisco on Sunday.

"You fly through the device and see the same thing as if you were a bird."

A Bebop drone can be controlled using smartphones or tablet computers powered by Apple or Android software, displaying on screens what is captured by its high-definition camera with a 180-degree "fish-eye" view.

The drones can also synch to Oculus Rift virtual reality headsets, letting wearers essentially look around by moving their heads as though they are actually flying.

Consumer targets for the drones, which are essentially motion-stabilized cameras, include people who want to capture aerial shots for movies made using smartphones or tablets.

Bebop drones link to mobile devices using standard Wi-Fi connections and have ranges of about 300 metres.

Parrot said it will sell separately a Skycontroller accessory dock for mobile devices to boost flying distances to about two kilometers.

A homing feature lets people controlling Bebop drones order them to return automatically to where they took-off using GPS capabilities, according to Seydoux.

A one-kilogram Bebop drone, whose camera is taken aloft by four propellers, buzzed like a swarm of bees as it swooped, circled and hovered in an inner courtyard at a historic former U.S. mint building in downtown San Francisco.

The drones are designed to fly indoors or outdoors.

Imagery captured by drones is stored and can be digitally downloaded after Bebops return from flights, according to Parrot product manager Francois Callou.

Bebop drones will debut as communities and regulators grapple with privacy concerns, aviation risks and other issues raised by personal or business use of such devices in the skies.