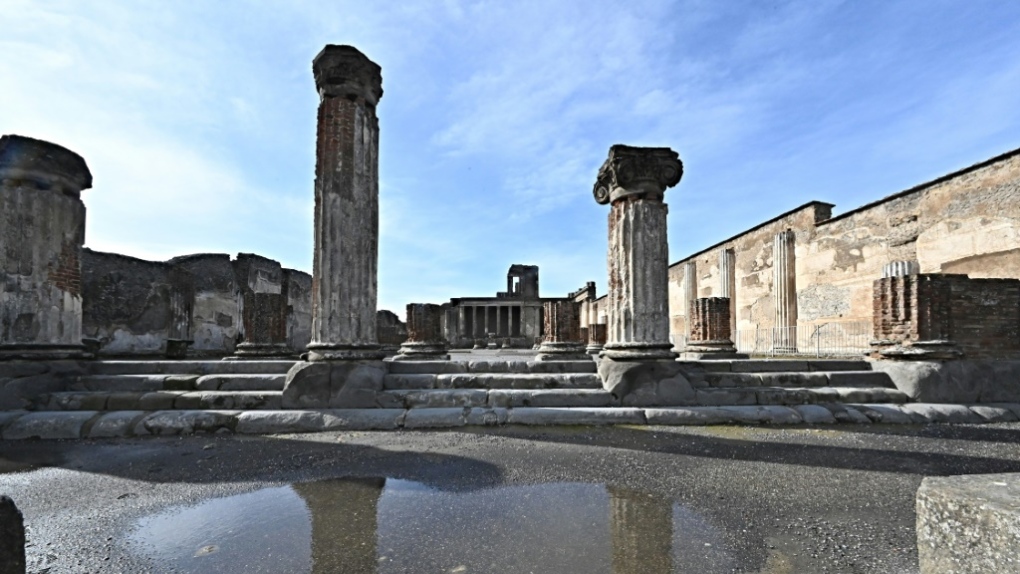 Pompeii, located near Naples in southern Italy, is one of the archeological wonders of the world. (AFP)

Six frescoes hacked off from the ruins of ancient Roman villas years ago have been returned to the Pompeii archeological park, Italian police said Tuesday.

Three of them -- one depicting a cherub, another a female dancer and the third the head of a woman -- came from two ancient Roman houses in Stabia, a site a few kilometres from the main Pompeii excavations.

They are believed to have been stolen as far back as the 1970s, smuggled out of Italy and sold to collectors in the United States, Switzerland and Britain.

The art squad unit of the Carabinieri police intercepted and confiscated them last year as part of "a wider investigation on the international trafficking of archaeological goods," a statement said.

The other three frescoes were found by police in 2012 in an illegal dig in Civita Giuliana, around 700 metres northwest of Pompeii, before thieves had time to take them away.

In the same spot, which has since been taken over by official authorities, archeologists found last year the remains of two victims of the eruption of Mount Vesuvius, presumed to be of a young slave and his older master.

Pompeii, located near Naples in southern Italy, is one of the archeological wonders of the world, as it holds the remarkably preserved remains of an ancient Roman city destroyed by the volcanic eruption of Vesuvius in 79 AD.

The ruins have survived to this day after being covered for centuries by a metres-thick layer of volcanic ash and dust, allowing an extraordinary degree of frozen-in-time preservation both of city structures and of residents unable to flee.