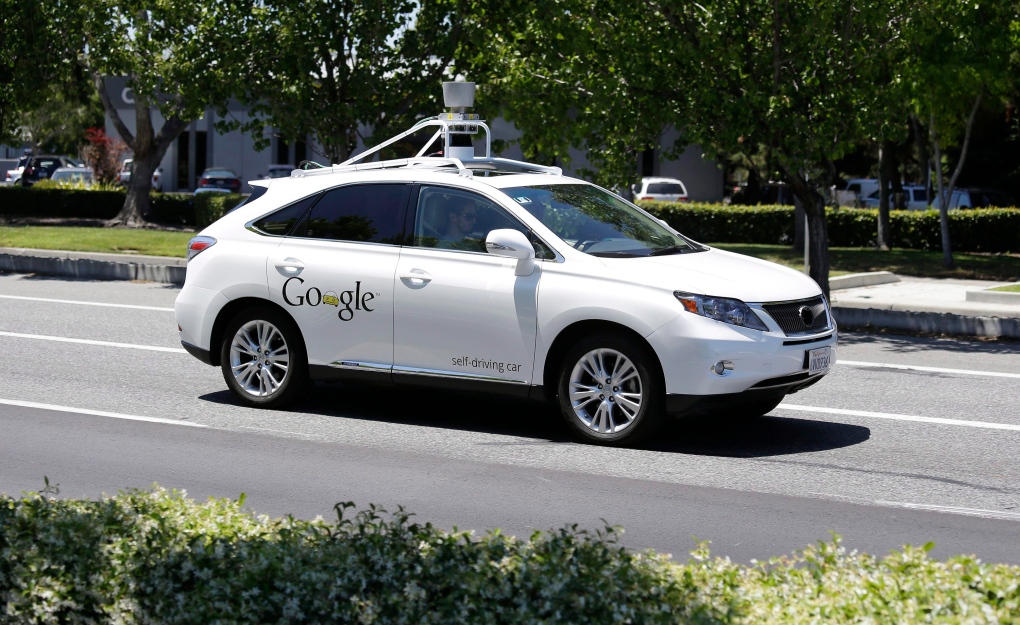 In this May 13 2014, file photo, a Google self-driving car goes on a test drive near the Computer History Museum in Mountain View, Calif. (Eric Risberg / AP Photo)

Google only started grappling with the problems involved with self-driving vehicles in 2009, but has already officially covered more autonomous test miles than any single car manufacturer. All of which is making the company very positive and confident in its belief that the self-driving car is going to become a reality on real-world roads very shortly.

"We're taking this million mile milestone as further proof that fully self-driving vehicles will become a reality, and we're looking forward to finding out where the next million miles will take us," said Brin.

Last month Google announced it had covered over 1.7 million miles in total driving with its specially adapted fleet of Toyotas and Lexus cars -- which start out life as regular cars before being retrofitted with sensors and cameras -- not by the battery powered pod prototypes that it hopes to one day put into production. What's more, the overwhelming majority of the testing has taken place on freeways, rather than inner-city roads where driving conditions are much more unpredictable and the risks of an accident greater.

During its shareholder meeting on Wednesday, Google admitted that its cars had been involved in 12 accidents to date, the most recent occurring at the end of May. However, according to Brin, the Google car has never been at fault and the company's aim wasn't perfection but a car that was better than driving than a human.

Autonomous driving experts note that despite Google's achievements thus far, there are still significant challenges to overcome, such as traveling on routes which have not been mapped or taking different types of action when faced with different types of obstacle.

During a TED talk in March, Chris Urmson, Google's project's leader, revealed that the cars have encountered a child in the road driving a toy car and a woman in an electric wheelchair chasing a duck, but that in both situations the car slowed down to avoid an accident.

The auto industry has been developing autonomous driving technology for a number of years and has elected to add features to production cars over time so that they become increasingly autonomous. The next layers will include remote controlled parking and gear changes preselected by GPS based on the road conditions ahead.

However, Urmson disagrees with this approach, comparing it to eventually being able to fly by getting better and better at jumping.

Instead, Google plans to start testing its cars on the streets of Manhattan this year as part of a steeper learning curve and, according to Urmson, the company is still convinced that it can deliver a truly autonomous car by the end of the decade.