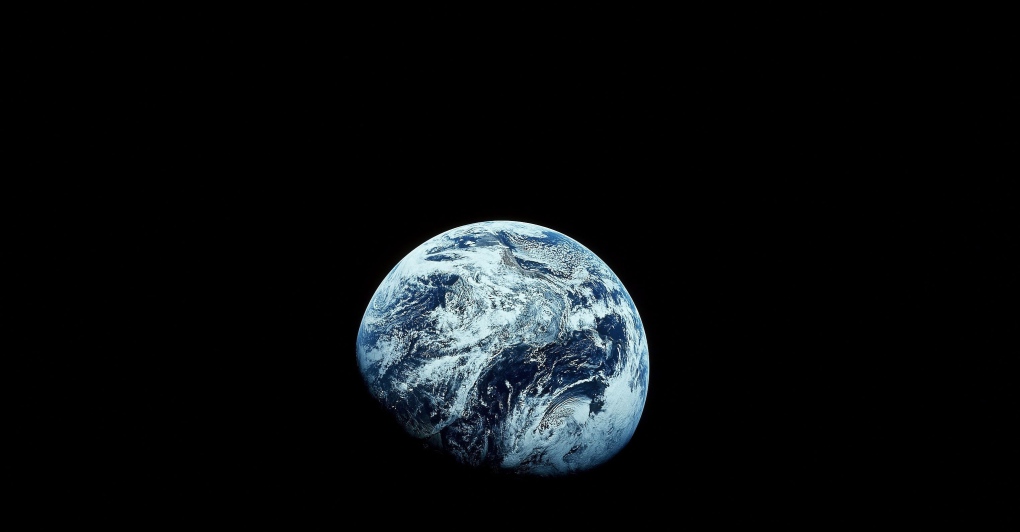 WASHINGTON -- Scientists in a lab used a powerful laser to re-create what might have been the original spark of life on Earth.

Researchers zapped clay and a chemical soup with the laser to simulate the energy of a speeding asteroid smashing into the planet. They ended up creating what can be considered crucial pieces of the building blocks of life.

The experiment produced all four chemical bases needed to make RNA, a simpler relative of DNA, the blueprint of life. From these bases, there are many still-mysterious steps that must happen for life to emerge. But this is a potential starting point in that process.

Some scientists were unimpressed by the results, which do not actually prove that this is how life started on Earth about 4 billion years ago, a time when asteroids were bombarding our planet 10 times more frequently than before or after. But the experiment bolsters this particular theory.

"These findings suggest that the emergence of terrestrial life is not the result of an accident but a direct consequence of the conditions on the primordial Earth and its surroundings," the researchers concluded in the study published Monday in the journal Proceedings of the National Academy of Sciences.

Scientists have been able to make these RNA bases other ways, using chemical mixes and pressure, but this is the first experiment to test the theory that the energy from a space crash could trigger the crucial chemical reaction, said lead author Svatopluk Civis of the Heyrovsky Institute of Physical Chemistry in Prague.

Civis said the scientists used a laser almost 150 metres long that for a fraction of a second zapped the chemical soup with an invisible beam. The power was so intense and concentrated that Civis said that for less than a billionth of a second, it was equivalent to the output of a couple of nuclear power plants. It produced what would be around a billion kilowatts of energy for that sliver of time over a fraction of an inch, generating heat of more than 4,200 Celsius, the researchers said.

Some of the earliest life on Earth seemed to coincide with a period called the Late Heavy Bombardment, when the solar system's asteroid belt was bigger and stray space rocks hit our planet more often, said study co-author David Nesvorny, a planetary scientist at the Southwest Research Institute in Colorado.

Outside experts were divided about the importance of the experiment.

Steve Benner, a prominent biological chemist at the Foundation for Applied Molecular Evolution in Florida, said it is quite relevant because it produced the starting material that would have been around in an early Earth.

But John Sutherland of the MRC Laboratory of Molecular Biology in Cambridge, England, said the amount produced of one base was so small that the results don't seem relevant. Other researchers also downplayed the work.

An alternative theory of early life on Earth says that microbes arrived here from space aboard a comet or an asteroid -- a sort of seed theory of life. Civis' work bolsters what would instead be a fire theory of life. It is a theory of both creation and destruction.

For this whole chemical reaction to work, the extreme energy from the asteroid collision would have had to break down molecules into less-complex chemicals, which then could re-form into the more vital combinations. The type of asteroid impact that might have sparked this process also snuffed out the dinosaurs billions of years later, Nesvorny said.