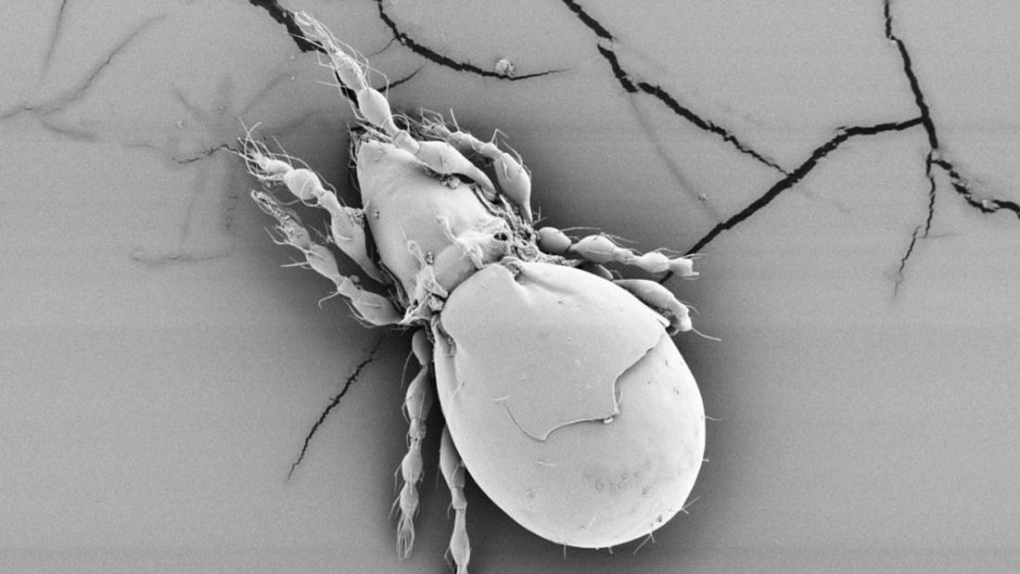 TORONTO -- An international team of researchers have found that some animals can survive over very long periods of time -- possibly millions of years -- without sexual reproduction.

By studying a tiny beetle mite species, just one-fifth of a millimetre in size, scientists found that asexual reproduction can be successful in the long term.

The study authors note that until now, the survival of an animal species over a geologically long period of time without sexual reproduction was considered very unlikely, if not impossible.

Using the Oppiella nova beetle mite, an all-female species, researchers from the Universities of Cologne and Göttingen, the University in Lausanne in Switzerland and the University of Montpellier in France, demonstrated for the first time the so-called Meselson effect in animals.

According to the study, the Meselson effect is a characteristic trace in the genome of an organism that suggests "purely asexual reproduction."

In the study, researchers looked at different populations of the Oppiella nova and the closely related, but sexually reproducing species, Oppiella subpectinata in Germany and sequenced their genomes. The study found that the sequencing of the Oppiella nova genomes showed the Meselson effect.

The findings were published Tuesday in peer-reviewed scientific journal PNAS.

Scientists had previously considered the Oppiella nova species an "ancient asexual scandal" as they couldn’t determine how the beetles were managing to reproduce without having sexual intercourse.

Initially, the study notes that biologists thought these beetles were hiding their acts of reproduction.

"There could be, for example, some kind of ‘cryptic’ sexual exchange that is not known. Or not yet known," first author of the study Alexander Brandt of the University of Lausanne said in a press release.

"For example, very rarely a reproductive male could be produced after all -- possibly even 'by accident'," he added.

However, the Oppiella nova beetle mite clones itself rather than reproducing, according to the study.

Researchers say the existence of ancient asexual animal species can be difficult to explain as asexual reproduction can seem "very disadvantageous" in the long term due to a lack of genetic diversity.

Biologists say there is typically an "evolutionary advantage" to having two different genomes that only a pair of parents can supply. Through sexual reproduction, this ensures a "constant 'mixing' of the two copies" of the genome in each of their cells.

This means that the two sets of genetic information remain very similar, but there are differences that allow organisms on earth to adapt over time, evolving characteristics that best suit the changing environment.

Researchers also found that it is possible for asexually reproducing species to introduce genetic variance into their genomes and thus adapt to their environment during evolution, despite producing genetic clones of themselves.

While the survival rate of a species without sexual reproduction is quite rare, scientists conclude that it is not impossible.

"Our results clearly show that O. nova reproduces exclusively asexually. When it comes to understanding how evolution works without sex, these beetle mites could still provide a surprise or two," Jens Bast, junior research group leader at the University of Cologne, said in the press release.