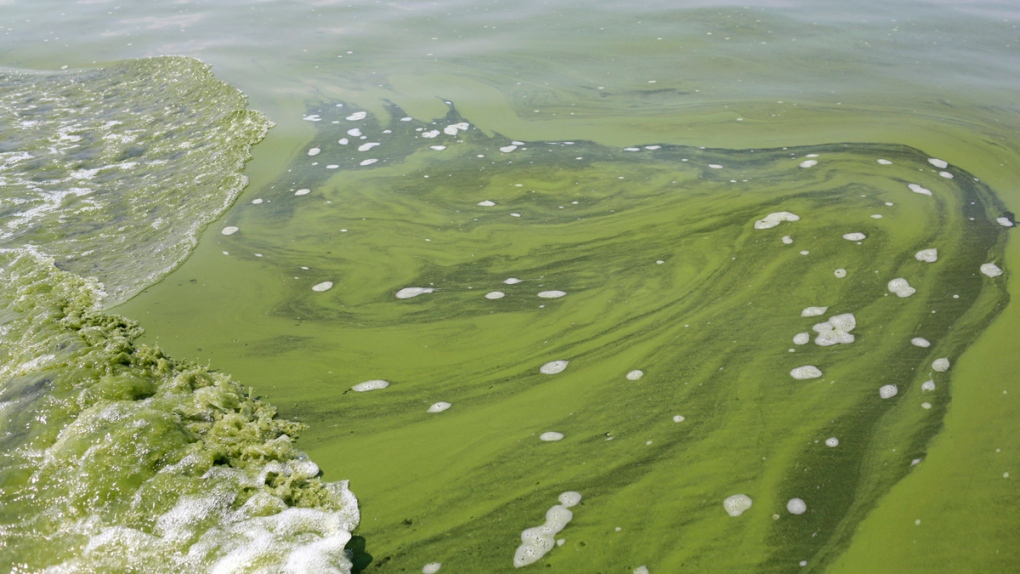 TRAVERSE CITY, Mich. -- A "significant" harmful algae bloom is expected to form in western Lake Erie this summer, though it probably won't be as large as some previous formations that posed health risks and hampered tourism, scientists said Thursday.

The National Oceanic and Atmospheric Administration and research partners released their annual algae forecast for the shallowest and warmest of the Great Lakes, where massive algae formations are a recurring threat to the environment and the economy. Toxic contamination from a 2014 bloom prompted a two-day shutdown of tap water systems for 400,000 people in Toledo, Ohio, and southeastern Michigan.

"It'll be large, green and ugly and will cause the same kinds of issues it has in the past for charter boat captains trying to get people out to fish," said Don Scavia, a University of Michigan scientist.

It's unlikely to create another drinking water crisis like the one three years ago. It resulted from a rare combination of factors, including high levels of toxins generated by the bloom and its location near Toledo's offshore water intake facility, NOAA oceanographer Rick Stumpf said. Monitoring has been stepped up since then and early-detection devices installed, he added.

Still, the situation underscores the need to reduce the flow of nutrients into the lake that feed algae and similar bacteria, primarily from farms but also sewage treatment plants and other sources, Stumpf said.

Researchers have developed a scale for rating the severity of a bloom based on how much algae it contains over a sustained period. They predict this year's will register a score of 7.5, though it could range anywhere from 6 to 9.5. A rating above 5 indicates a potentially harmful level, meaning such blooms could do damage by producing toxins or sucking enough oxygen from the water to cause fish kills.

When they developed the scale, researchers thought the maximum score would be a 10. A 2011 bloom reached that mark and a 2015 bloom exceeded it, registering a 10.5 as the biggest on record. It's worth noting that a bloom's size doesn't necessarily reflect its toxicity.

The 2016 bloom rated a mild 3.2, which experts credited largely to dry weather. Spring and summer rainfall plays a key role in bloom formation by washing fertilizers from croplands into streams and rivers that flow into the lake. Phosphorus in chemical fertilizers and livestock manure promotes algae growth.

The weather has been significantly wetter this year, and the bloom size is expected to reflect that.

But he added that despite its anticipated size, "much of the lake will be algae-free throughout the bloom season and the lake remains a key asset."

Michigan, Ohio and the Canadian province of Ontario have agreed to cut phosphorus going into the lake by 40 per cent over the next decade.