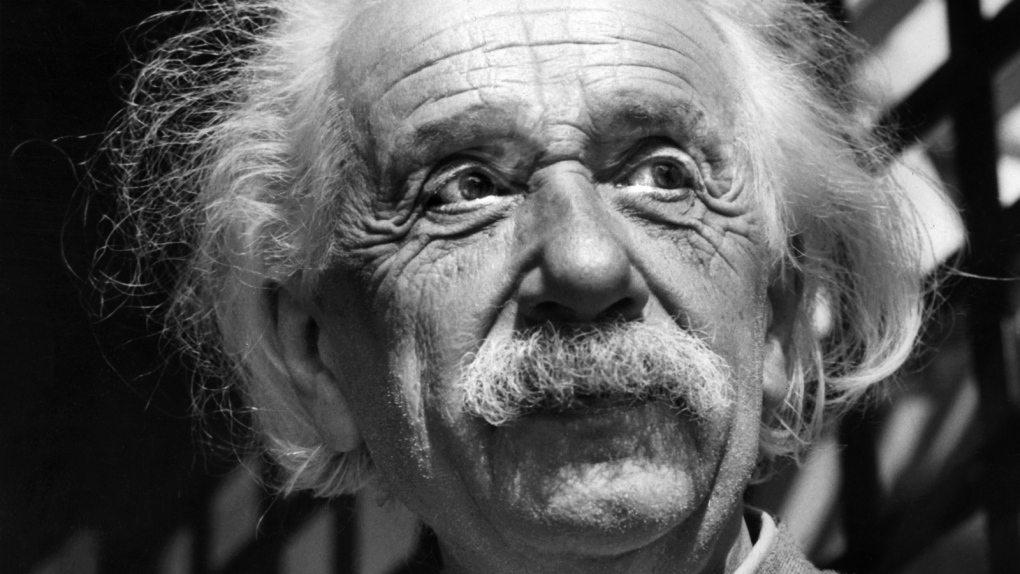 Bidders at an auction in Paris are hoping to get their hands on a scientific manuscript which details a key stage in the development of Albert Einstein's theory of relativity.

The document is estimated to be worth between 2 million euros and 3 million euros (US$2.2 million and US$3.4 million), which makes it the most valuable Einstein manuscript to ever be auctioned, according to Christie's auction house.

The 54-page manuscript, which goes on sale Tuesday, was written jointly in Zurich by the Nobel Prize-winning scientist and Michele Besso -- a Swiss engineer and Einstein's collaborator, lifelong friend and confidant.

It contains 26 pages by Einstein and 25 by Besso, along with three pages of entries written by both, and is also considered a valuable record of the German scientist's relationship with Besso.

According to Christie's, which is holding the sale for Aguttes auction house, the document depicts a "crucial stage in the development of the general theory of relativity, which reshaped modern understanding of how the universe works."

On its website, Christie's calls the theory "one of the single most important ideas in modern science" and says it is "often described as the most beautiful theory in physics."

The manuscript, written between June 1913 and early 1914, contains calculations made by Einstein and Besso on the theory of specialized relativity and the issue of an anomaly in the orbit of the planet Mercury. But it was populated by unnoticed errors and was eventually set aside by Einstein, Christie's said.

When Besso left Zurich, he took the manuscript with him -- which is viewed as the reason for its survival, as Christie's said Einstein probably wouldn't have bothered to "keep what he saw as a working document."

"We are delighted that Christie's will be able to promote this extraordinary manuscript to its international network of collectors for our Exceptional Sale. Einstein's autographs from this period, and more generally from before 1919, are extremely rare," said Adrien Legendre, director of the Books and Manuscripts Department at Christie's, in a press release.

Legendre added: "As one of only two surviving manuscripts documenting the genesis of general relativity... it provides a remarkable insight into Einstein's work and a fascinating dive into the mind of the greatest scientist of the 20th century."

In November 1915, under his name only, Einstein published a series of four articles on the theory of general relativity.

He had returned to a methodology which was based on the principles of physics rather than mathematics and was then able to establish the valid field equations for his new theory. Einstein was able to prove the theory that he and Besso had been working on, relating to the anomaly in Mercury's orbit, and so fulfilled the promise of their manuscript, Christie's said.

The publication of Einstein's theory of relativity was key in making him a household name in the world of science. Six years later, in 1921, he won the Nobel Prize in physics.