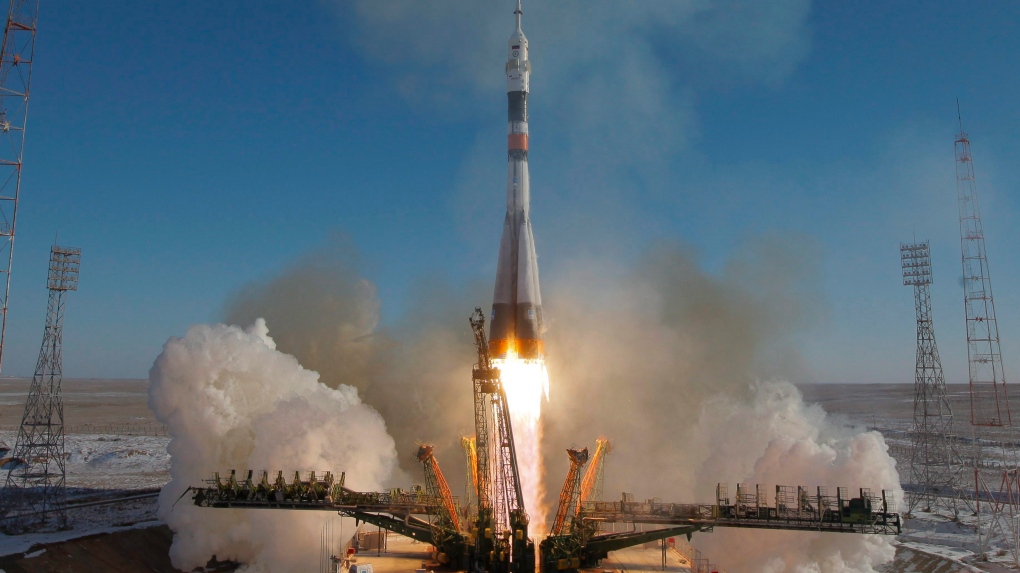 MOSCOW -- A Russian crew of two cosmonauts and two cinema professionals is set to take off for the International Space Station (ISS) early next month to shoot the first movie in outer space.

The four are scheduled to be launched on a Soyuz MS-19 craft on Oct. 5 to be delivered to the station, which orbits Earth at an altitude of around 220 miles (354 km).

Their launch will come just weeks after that of the first all-civilian crew riding aboard a rocket and capsule developed by SpaceX, which adds an element of decades-long Russia-United States competition to the flight.

"This movie is built around a story of an ordinary person... a doctor who had nothing to do with space exploration and never thought about it is offered to travel to the ISS... and save a cosmonaut's life," director and actor Klim Shipenko told a news conference ahead of the crew's departure for the Baikonur cosmodrome in Kazakhstan.

The professional cosmonauts in the crew will also be seen in the movie.

"I won't be starring in it but still I will need to figure out how a movie is produced in such an unusual place as outer space," said commander Anton Shkaplerov.

Lead actress Yulia Peresild said she has learned to be her own make-up artist and costume designer.

"It will not be on the same level as on Earth, but we will do our best. We are ready for it," she said.

"It is a bit too late to be afraid because we've come so far, there is Baikonur ahead and a lot of things (to do) and to be honest, there is just no time left for fear."

Director Shipenko, who is 1.9 metres (6 feet 2 inches) tall, said his height makes training inside the spacecraft - and the upcoming trip - not very comfortable.

But accommodations will be made in the future, he said, adding: "It is okay. I will fly now as it is, but when we do the sequel about travel to Mars, then they promise there will be a better seat."