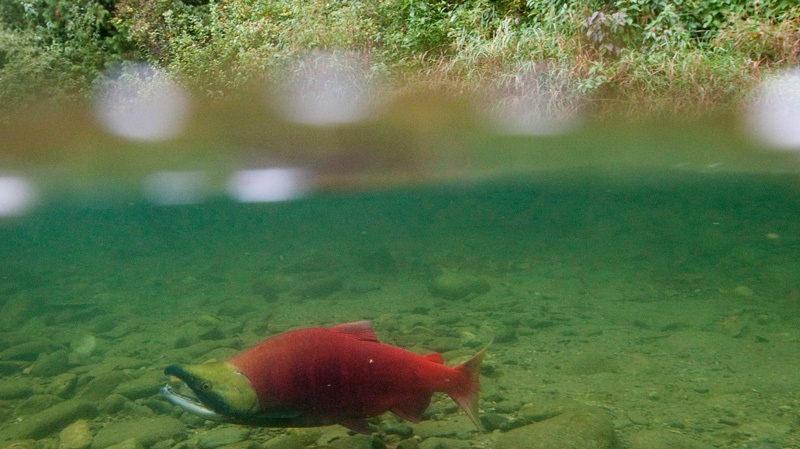 A spawning sockeye salmon is seen making its way up the Adams River in Roderick Haig-Brown Provincial Park near Chase, B.C. on Oct. 4, 2011. (Jonathan Hayward / THE CANADIAN PRESS)

The Department of Fisheries and Oceans says the findings are the first in a series of investigations to assess the risk of pathogen transfer associated with aquaculture activities to wild fish in the islands, which are near Campbell River on Vancouver Island.

The department says management practices on fish health at the B.C. farms, including a vaccine that is 95 per cent effective, minimizes the risk.

The research was released as part of a science advisory report today on Infectious hematopoietic necrosis virus, a disease that affects fish and trout raised in fresh and salt water.

The B.C. government is reviewing fish processing plants to ensure waste materials from the operations do not affect wild salmon stocks.

The area around the Broughton Archipelago has been the site of ongoing protests at Atlantic salmon farms this year by Indigenous people who say they fear the loss of wild salmon populations.