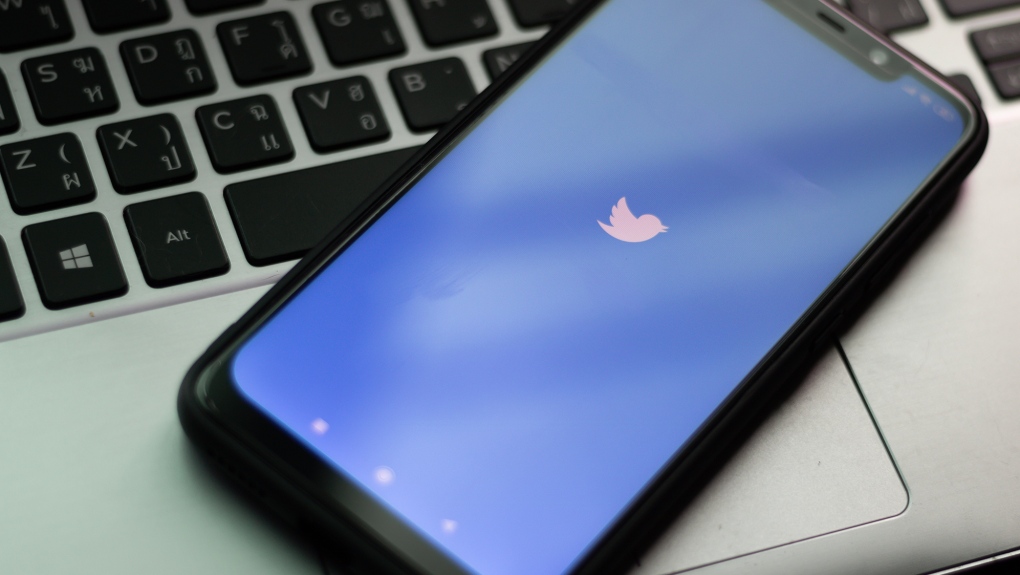 Twitter acknowledged that a new policy it unveiled this week to protect users from harassment is being abused by malicious actors — days after journalists, left-wing activists and self-described "sedition hunters" reported their accounts had been locked for sharing publicly available images of anti-maskers, anti-vaccine protesters and suspected Capitol insurrectionists. (Shutterstock/CNN)

Twitter acknowledged on Friday that a new policy it unveiled this week to protect users from harassment is being abused by malicious actors — days after journalists, left-wing activists and self-described "sedition hunters" reported their accounts had been locked for sharing publicly available images of anti-maskers, anti-vaccine protesters and suspected Capitol insurrectionists.

The acknowledgment highlights how Twitter has been caught flat-footed by what it described in a statement as "a significant amount of coordinated and malicious" activity that led to "several errors" in Twitter's enforcement.

"We've corrected those errors and are undergoing an internal review to make certain that this policy is used as intended — to curb the misuse of media to harass or intimidate private individuals," Twitter said.

Unveiled on Tuesday, Twitter's new policy prohibits the sharing of images of private individuals without those people's consent.

The rule was created, Twitter initially said, in a bid to prevent its platform from being abused to harass and intimidate people, particularly women, activists and minorities.

But right-wing groups and anti-mask activists have quickly determined that the new Twitter policy offers an opportunity to strike back at those who might draw attention to their real-world identities.

And in a matter of days, they established a coordinated campaign to flood Twitter with complaints that left-wing activists, Jan. 6 investigators and journalists covering rallies have published their faces without consent in violation of the new rule.

In January, Samuel Braslow was covering an anti-mask protest at a Los Angeles mall for the Beverly Hills Courier, the 56-year-old local newspaper where he is a staff reporter.

During the public event, Braslow tweeted a video of a standoff between anti-maskers and a mall official — a common practice in the age of digital reporting.

Braslow couldn't have known that, this week, someone would file a report about that same photojournalism and cause Twitter to lock down his account.

The complaint led to Braslow being unable to tweet until he either successfully appealed the report or deleted the old tweets. He was stuck.

What happened to Braslow is increasingly playing out across the wider Twitterverse as the social media platform's new policy has become a battleground.

"Due to the new privacy policy at Twitter, things now unexpectedly work more in our favor as we can take down Antifa f****t doxxing pages more easily," read one recent message on the encrypted messaging app Telegram that was reviewed by CNN.

The message, which has been viewed more than 19,000 times, lists dozens of Twitter accounts for supporters to target with claims of violations under the new privacy policy. Among the targeted is Bellingcat, the award-winning investigative journalism outfit.

After filing such reports, some individuals have publicly celebrated "weaponizing" Twitter's new rule. A pair of posts reviewed by CNN on the alternative social media site Gab boasted of making dozens of Twitter reports and urged allies to "stay on the offensive" against "antifa" and "their doxxing riot videos."

The rapidly unfolding campaign highlights how a tool intended to help protect vulnerable individuals has quickly evolved to help shield others from the scrutiny that might stem from their public actions.

As of Friday morning, several accounts on Twitter that track open-source images of right-wing extremists and participants in the Capitol riot had been hit by suspensions under the private media policy, potentially jeopardizing what has become a vital source of information for law enforcement and federal prosecutors investigating the Jan. 6 insurrection.

Sean Beckner-Carmitchel, a Los Angeles videographer, told CNN his account was locked due to reports to Twitter involving videos he posted of anti-vaccine rallies and counter-protests in January.

The speed, scale and enthusiasm with which some groups have invoked the policy — along with numerous enforcement errors — have prompted some experts to conclude that Twitter's policy is backfiring.

Twitter declined to describe to CNN how reports were being reviewed and which ones may be being handled by humans rather than artificial intelligence.

David Kaye, a former United Nations special rapporteur on free expression, said Twitter should revert the policy and go back to the drawing board.

"From all appearances, Twitter's new 'privacy policy' is a failure, well-intentioned (perhaps) but abused & played," he tweeted. "They should be honest -- admit it's not ready for prime time."

Twitter's new policy pointedly doesn't take sides, saying that "everyone" can be harmed by the non-consensual sharing of images that may lead to emotional or physical harm.

The policy generally won't apply, Twitter said, to images of people at public events, like "large scale protests" or sporting events. Twitter added that the company will grant exceptions and allow images of people who may be "part of a newsworthy event due to public interest value."

But those aspects of Twitter's own policy appear not to have been followed in at least several cases.

"The videos in [my] post clearly represent newsworthy content, as they subsequently were picked up for broadcast by multiple affiliate stations and national outlets," said Braslow, who has previously appeared on CNN discussing his coverage of anti-vaccine rallies.

The battle over Twitter's policy is not just about Twitter, said Kristofer Goldsmith, a senior fellow for the Innovation Lab at Human Rights First who has been tweeting examples of the unfolding controversy. It also highlights concerns, he said, about organizing taking place on alternative social platforms, which may not receive as much scrutiny as Twitter.

"It's really important to view the current mass-reporting actions by the far right as just the latest salvo in an ongoing, concerted effort to memory-hole evidence of their crimes," said Chad Loder, an anti-fascist activist who said they use their Twitter account to document examples of far-right extremism and police misconduct.

On Thursday, Loder said they were trapped in an "endless cycle" of reports, account locks and appeals as one of their tweets was reported under the policy, restored by Twitter following an appeal, and then reported again on the same day, resulting in another temporary suspension linked to the same tweet.

The tweet in question contained a photo of a person taking part in the Jan. 6 Capitol insurrection, according to Loder.

Ken White, a Los Angeles-based attorney representing Loder who specializes in First Amendment law — and who may be better known to some as his Twitter persona, @Popehat — said Twitter has long struggled with having its reporting tools abused.

"This new policy is even more of the same," he told CNN. "Witness how it's being used to take down the very accounts that have been identifying and documenting January 6 wrongdoers. It's impossible they didn't know this would happen, and it's inexplicable they didn't plan for it."