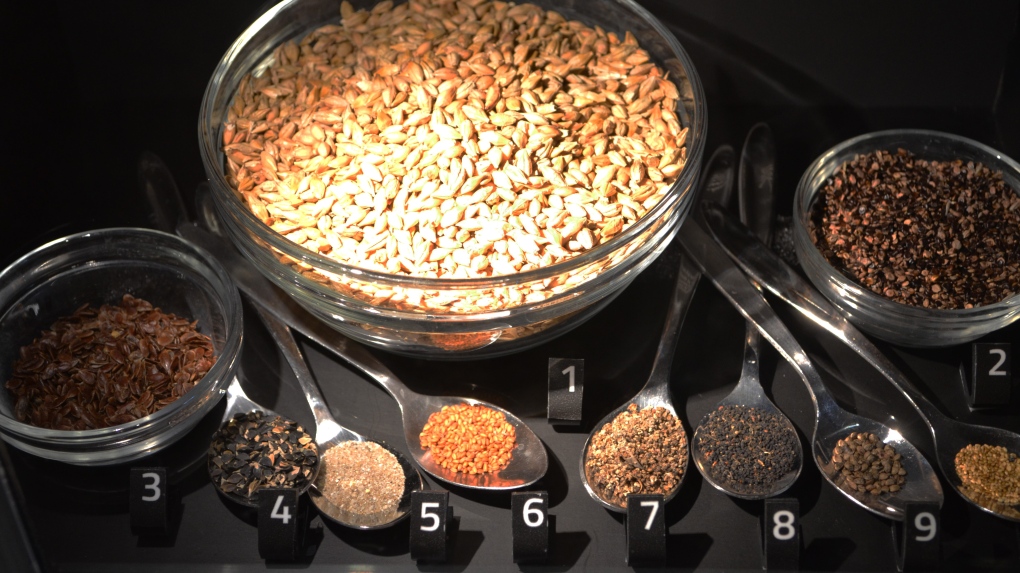 The study, published in the July volume of Antiquity Journal, re-examined the plant macrofossils, pollen, proteins and steroid markers in the stomach of the 'Tollund Man.' (Source: Antiquity Journal)

TORONTO -- Researchers have analyzed and re-examined the gut contents of the “Tollund Man,” a bog body from the Early Iron Age in Denmark, in an effort to better understand life and death during that period.

“Bog body” is the colloquial term for people whose remains are mummified by acidic peat bogs, leaving behind preserved skin, hair, nails and sometimes internal organs like intestines.

Some bog bodies may have been individuals who fell in accidentally, while others may have been intentionally placed there through punishment, murder or ritual human sacrifice. During the Danish Early Iron Age -- 500 BC to 200 AD -- peat bogs were used for practical purposes but also for rituals where objects would be deposited in them.

The “Tollund Man” was found in 1950 during peat cutting in Bjaeldskovdal, 10 kilometres west of Silkeborg, Denmark. He was 30 to 40 years old when he died in approximately 405 to 380 BC, at the beginning of the Danish Early Iron Age, and had been hung and subsequently placed in a peat cutting pit in a sleeping position.

His well-preserved head makes him one of the most famous bog bodies ever discovered, as well as his widely accepted status as a victim of human sacrifice.

The study, entitled “The last meal of the Tollund Man: New analyses of his gut content,” published in the July volume of Antiquity Journal, re-examined the plant macrofossils, pollen, proteins and steroid markers in his stomach.

As food is often connected to rituals, the study says, the last meals consumed by individuals preserved in bogs may be linked to human sacrifice. The last meals of 12 northern European Iron Age bog bodies have been previously analyzed and found to contain a variety of foods that could possibly relate to a ritual element before their death, such as seeds, berries, holly and ergot.

The researchers found that 12 to 24 hours before he was killed, the Tollund Man ate a porridge containing barley, flax and some fish, and analysis of the proteins and eggs from intestinal worms indicate that he was infected with parasites at the time of his death.

The study says that although the meal may have been an ordinary one for that time period, some of the components in the Tollund Man’s gut contents may relate to ritual practices.

Nearly all of the material studied from the Tollund Man was taken from the large intestine, which generally has better preservation of food residue than samples taken from fecal remains or the small intestine, the study says.

By analyzing the components of all the seeds, grains and other contents in the Tollund Man’s gut, researchers were able to find insight into how his last meal was prepared. The threshing and fragmentation of the cereal and seeds suggest they had been ground up before cooked. The presence of charred food crust denotes that the meal of porridge was cooked in a clay vessel, the study says.

While the porridge contains no ingredients with “known intoxicating or other ‘magical’ properties,” several seeds from a weed called pale persicaria formed part of the meal, and was also found in several other bog bodies.

“The high proportion of wild seeds to grains in several bog bodies compared with those of burnt grain stores could indicate that wild seeds were an ingredient used for special occasions, including human sacrifice,” the study says, adding a caveat that they also could have been added to improve the flavour or nutritional value of the meal.

The study posits that the whipworm and mawworms relate to poor hygiene as they are spread by contaminated food and water.

Researchers say the re-analysis of the stomach and gut contents of bog bodies is important to help understand what daily life and death were like in the Iron Age, and may continue to provide new information for further study.