Reports that bushfires have made koalas 'functionally extinct' are exaggerated: wildlife experts 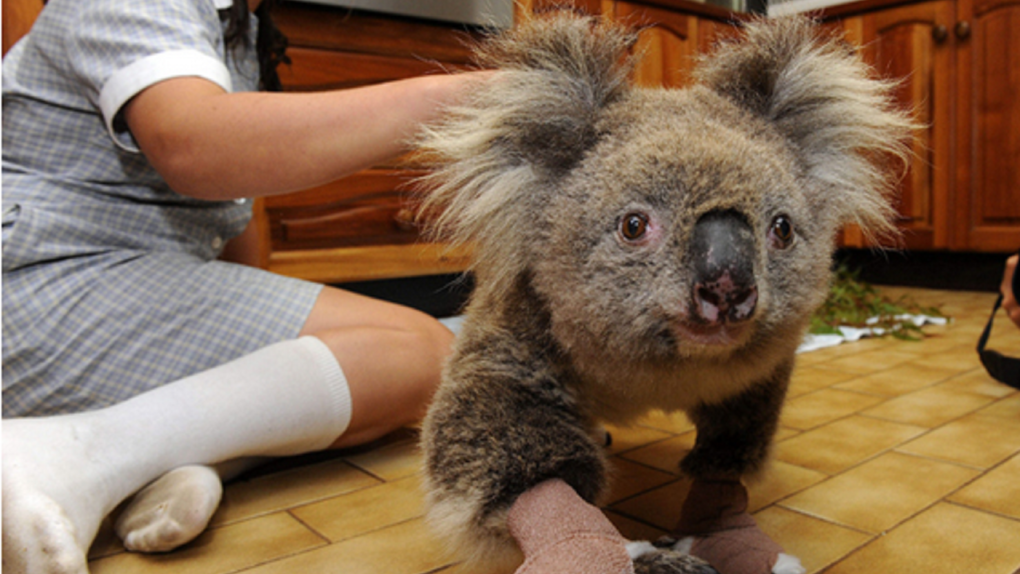 TORONTO -- As bushfires rage along the Australian east coast, reports that they have made koalas “functionally extinct” are exaggerated, according to wildlife experts.

More than 350 koalas are feared to have been killed by bushfires in New South Wales since late October, according to CNN. Some news outlets have reported as many as 1,000 of the animals have perished.

Stories have circulated on social media in recent days that the marsupials are now functionally extinct in their native land.

But that claim was made in May by a conservation group, the Australian Koala Foundation, who blamed widespread deforestation.

Koalas, which live in eucalyptus trees, have been reduced to just 80,000 in the wild, according to the AKF.

Scientists disputed the claim at the time.

Chris Johnson, professor of wildlife conservation at the University of Tasmania, told National Geographic the species still has hope.

“We’re not going to see koalas go extinct this fast,” he said.

“Koala populations will continue to decline because of lots of interacting reasons, but we’re not at the point where one event could take them out.”

“It’s very difficult to estimate koala populations, even at the best of times,” Christine Adams-Hosking, a postdoctoral research fellow at the University of Queensland told National Geography.

“Some populations are becoming locally extinct and others are doing just fine.”

According to the Australian government koalas are vulnerable to extinction, a step above endangered.

The cuddly marsupial is listed as “vulnerable” on the IUCN Red List.

This year’s bushfires was started by a lightning strike at the end of October in a forest 300 kilometres north of Sydney and has since burnt through 2,000 hectares.

Sue Ashton, president of Port Macquarie Koala Hospital, which is treating some of the worst-affected animals, told The Associated Press that two-thirds of that area was koala habitat.

A nocturnal animal, koalas can sleep for up to 20 hours a day and eat about a kilogram of eucalyptus leaves each night. It is one of Australia’s most recognized animals and is native only to the east side of the continent.

Australia's wildfire season has made a particularly early and devastating start in the southern hemisphere spring due to above-average temperatures and below-average rainfall that has left much of the east coast in drought, AP reports.

Summer in Australia starts on December 1 and with hotter months ahead there are fears the fires could get worse.

--- With files from CNN and The Associated Press