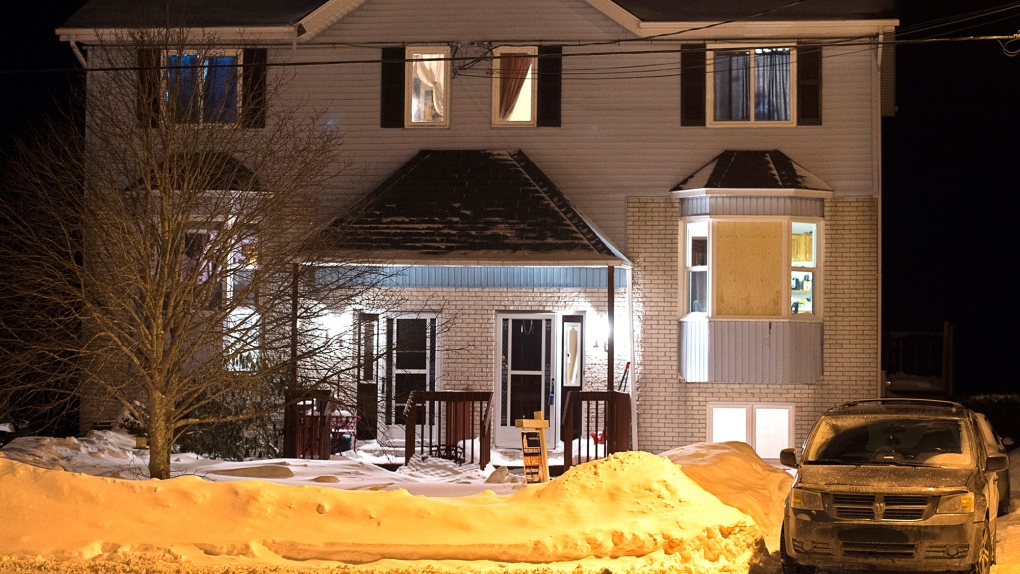 Keeping troubling online behaviour open to public scrutiny provides a valuable tool for staging an effective intervention, said the University of Waterloo professor in an interview on Monday.

"The more we can bring the dark thoughts that people are already having à into the open, the more that we can develop the means to decipher those and find a way to get help for these people," she said.

"I think that would be much better than silencing everybody."

Morrison's comments come days after police in Halifax -- tipped off by an anonymous submission to Crime Stoppers -- said they foiled a mass shooting they allege was planned for Valentine's day.

A 19-year-old man believed to be associated with the alleged plot was found dead Friday morning in the Halifax suburb of Timberlea.

A social networking website thought to be linked to the man features pictures of weapons, Nazi symbols and images relating to the Columbine school shooting. On Feb. 5, an image circulated on another account featuring what is believed to be the deceased 19-year-old's username and the phrase: "Valentine's Day it's going down."

Along with recent high-profile cyberbullying incidents, commentators say this case highlights bigger questions around the balance between freedom of speech and restricting destructive online behaviour.

Alfred Hermida described the conflict as a difficult one, especially given the value we place on open communication.

"The same spaces that let us chat with our friends and share pictures of our children and sign up for causes and join the ALS bucket challenge are also being used to bully people, to harass them," said the University of British Columbia journalism professor, who published a book about online sharing.

"It goes back to the question of who then is responsible to stop this from happening."

Hermida asked whether it is appropriate for a technology company in California to be playing the role of judge in deciding the limits to freedom of speech, or whether they even want to.

According to Anatoliy Gruzd, director of the Social Media Lab at Ryerson University in Toronto, social media platforms are reluctant to restrict any sharing or to be perceived as policing user engagement.

Gruzd said governments, as alternative potential enforcers, walk a fine line when it comes to censoring online content, especially in North America where freedom of speech is so prized.

"It's very dangerous to talk about starting to monitor and censor content on the Internet (because) a lot of it is in the grey area," said Gruzd.

Hermida pointed out that people treat social media platforms as public utilities -- conduits for transmitting information -- instead of as for-profit companies ultimately driven by a profit motive that is fuelled by encouraging as much online sharing as possible.

Instead of bringing the hammer down on social media platforms, Morrison said more resources should be put towards educating Internet users about the danger signs apparent in troubling online behaviour.

In regards to the alleged foiled plot in Halifax, Randall Steven Shepherd, 20, of Halifax and Lindsay Kantha Souvannarath, 23, of Geneva, Ill., have been charged with conspiracy to commit murder.

A 17-year-old Halifax-area boy has been released without charge but police say he remains under investigation.

The identity of the deceased suspect has not been released by police because an independent agency that investigates serious incidents involving officers is looking into the circumstances of his death. The Serious Incident Response Team says it will not release the man's identity.

Some published reports have identified him as Jamie Gamble, 19.

The Canadian Press has not been able to confirm the deceased man's identity. A man at the house where the body was found declined to speak to The Canadian Press, but neighbours say Gamble did live at the home.