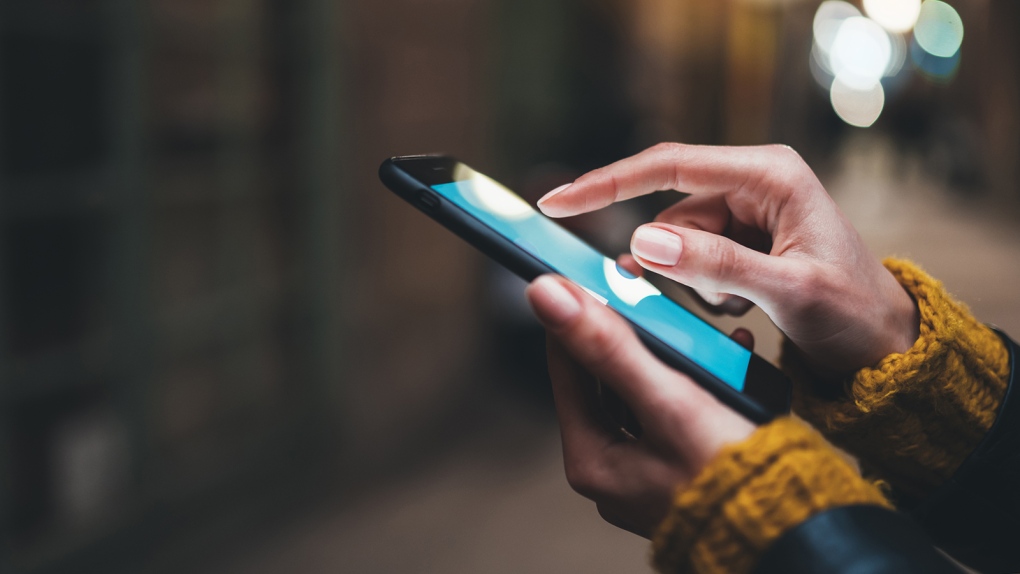 A person types on their smartphone. (Shutterstock/CNN)

EDMONTON -- If you have been making a concerted effort to improve your sleep by turning on your gadget’s blue light-reducing features, a new study may provide some much-needed insight into why you’re not seeing an improvement in your nightly shut eye.

Researchers at Utah’s Brigham Young University conducted a study to see just how much of an impact blue light-reducing features, specifically Apple's Night Shift mode, have on users’ quality of sleep.

Their conclusion? It has no impact at all.

In fact, the research suggests blue light may not be enemy number 1 when it comes to sleep quality.

After tracking the participants' sleep outcomes – including total sleep duration, quality, wake and the time it took to fall asleep – researchers found no differences in sleep outcomes attributable to Night Shift.

In fact, the data showed that the only people who had better sleep outcomes were those that stayed away from screens entirely before bed.

“In the whole sample, there were no differences across the three groups,” study lead and psychology professor Chad Jensen said in a press release.

“Night Shift is not superior to using your phone without Night Shift or even using no phone at all.”

It’s widely believed that the blue light emitted from electronic devices disrupts melatonin secretion, a hormone that helps you sleep​​, and sleep cycles.​

Introduced in 2016, ‌Apple’s Night Shift mode‌ is designed to cut down on the amount of blue light that an iPhone, iPad, or Mac computer emits out during the evening hours by shifting the colors of the display to warmer hues.

Although Apple does not promise better sleep outcomes thanks to the feature, the hope is that the warmer light will reduce the impact of blue light before bed and reduce strain on the eyes.

After the initial study found no significant differences in sleep outcomes, Jensen and his team split the sample into two separate groups – one that averaged seven hours of sleep per night and another that slept less than six hours on average.

The group that got seven hours of sleep saw a slight difference in sleep quality based on their phone usage before going to sleep.

Those who didn’t scroll through Instagram or text their friends before bed saw “superior sleep quality” relative to those with normal phone use and those using Night Shift – a result researchers say is less about the effect of blue light and more about the brain power it takes to interact with our phones when we’re trying to wind down for the night.

“While there is a lot of evidence suggesting that blue light increases alertness and makes it more difficult to fall asleep, it is important to think about what portion of that stimulation is light emission versus other cognitive and psychological stimulations,” said Jensen.

In other words, relying on blue light reducing features alone to improve your sleep isn’t the ticket. Overall sleep hygiene may include putting down your phone an hour or more before tucking into bed.

This isn’t the first study to question the effectiveness of Apple’s Night Shift technology.

The study found "no significant difference" between the effectiveness of the two Night Shift settings, suggesting that changing screen colour alone isn’t enough to limit the effect of blue light on the body’ ability to release melatonin.